Traditional automakers have struggled to sell electric cars. That could change as Ford, Volkswagen and others introduce new models. 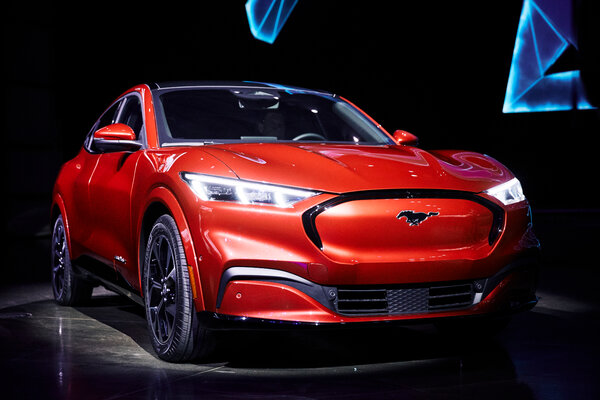 The event drew some 200 people, many driving BMWs, Audis, Subarus and other brands San Tan rarely gets as trade-ins. Ten people put down deposits for a Mach-E — including three who arrived in Teslas.

“Just overwhelming, the level of excitement and enthusiasm,” San Tan’s owner, Tim Hovik, said. “When you drive this thing, the performance is, like, wow.”

While Ford and the world’s other big automakers are earning billions of dollars selling pickup trucks and sport utility vehicles powered by gasoline, they have not yet gained much ground in electric vehicles, the fast-growing segment of the auto business dominated by Tesla.

That could finally change this year. Ford, Volkswagen and other automakers will begin selling several models with greater driving range than an earlier round of Tesla challengers that failed to draw many buyers.

Ford in particular needs its latest foray into E.V.s to be a smash hit. With the exception of its best-selling pickup trucks, the company was struggling even before the pandemic sent auto sales tumbling. Many critics and car buyers have long considered its model lineup tired and uninspiring. And investors value Ford at around $38 billion, about half as much as General Motors and a far cry from Tesla’s $800 billion market capitalization.