NEW YORK (Reuters) – The S&P 500 and Nasdaq indexes closed higher on Wednesday to kick off the third quarter as increasing optimism for a safe and effective COVID-19 vaccine eased concerns that another round of business lockdowns was likely. 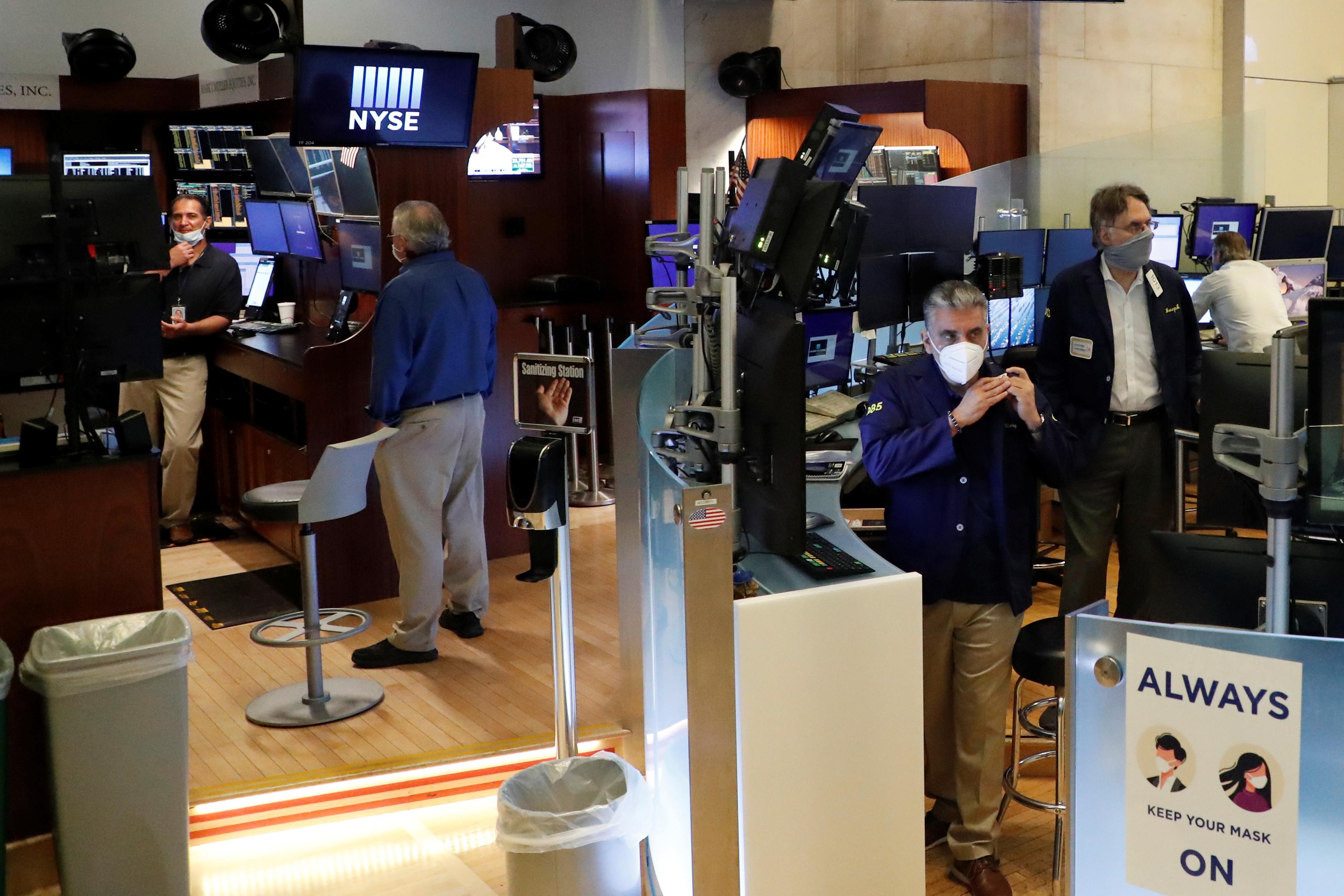 Pfizer Inc’s shares rose more than 3% after the drugmaker said a COVID-19 vaccine being developed with German biotech firm BioNTech showed promise and was found to be well-tolerated in early-stage human trials.

The gains put Pfizer among the top boosts to both the S&P 500 and Dow Industrials while helping improve the mood on Wall Street even as the U.S. Centers for Disease Control and Prevention reported an increase of 43,644 new cases of the coronavirus. U.S.-listed shares of BioNTech rose as much as 18.9% before fading into the close, ending down 3.9%.

“Pfizer news was certainly an impetus for the market to move even higher but in general it is this very positive momentum, looking beyond this re-spreading of the virus, looking beyond that to eventual treatments, eventual vaccine and eventual safe openings of the economy,” said Tim Ghriskey, chief investment strategist at Inverness Counsel in New York.

Investors were also encouraged by some upbeat economic data as coronavirus-induced lockdowns have eased. A report on Wednesday showed a slump in global manufacturing had ebbed in June, with U.S. figures hitting their highest level in more than a year.

On Thursday, all eyes will be on the Labor Department’s nonfarm payrolls report.

The Dow was held in check partly by a 1.6% fall in Boeing Co shares, which lost ground for a second straight day following a 14% surge on Monday.

Updates on the progress in various COVID-19 vaccine programs are being closely watched by investors, and have been partly responsible for Wall Street’s recent rally.

The S&P 500 closed its best quarter since 1998 on Tuesday, fueled also by unprecedented levels of fiscal and monetary stimulus. Minutes from the Federal Reserve’s June policy meeting showed policymakers broadly agreed to make full use of the tools at the central bank’s disposal to support a recovery from the recession triggered by the coronavirus pandemic.

The Institute for Supply Management (ISM) said its index of national factory activity jumped to a reading of 52.6 last month from 43.1 in May, ending three straight months of contraction, or readings below 50.

Advancing issues outnumbered declining ones on the NYSE by a 1.15-to-1 ratio; on Nasdaq, a 1.19-to-1 ratio favored decliners.

Volume on U.S. exchanges was 10.57 billion shares, compared with the 13.46 billion average for the full session over the last 20 trading days.