(Reuters) – Southwest Airlines Co (LUV.N) posted on Tuesday a $94 million net loss in the first quarter, its first quarterly loss in nine years, due to the coronavirus pandemic and said it sees no major improvement in air travel in the second quarter. 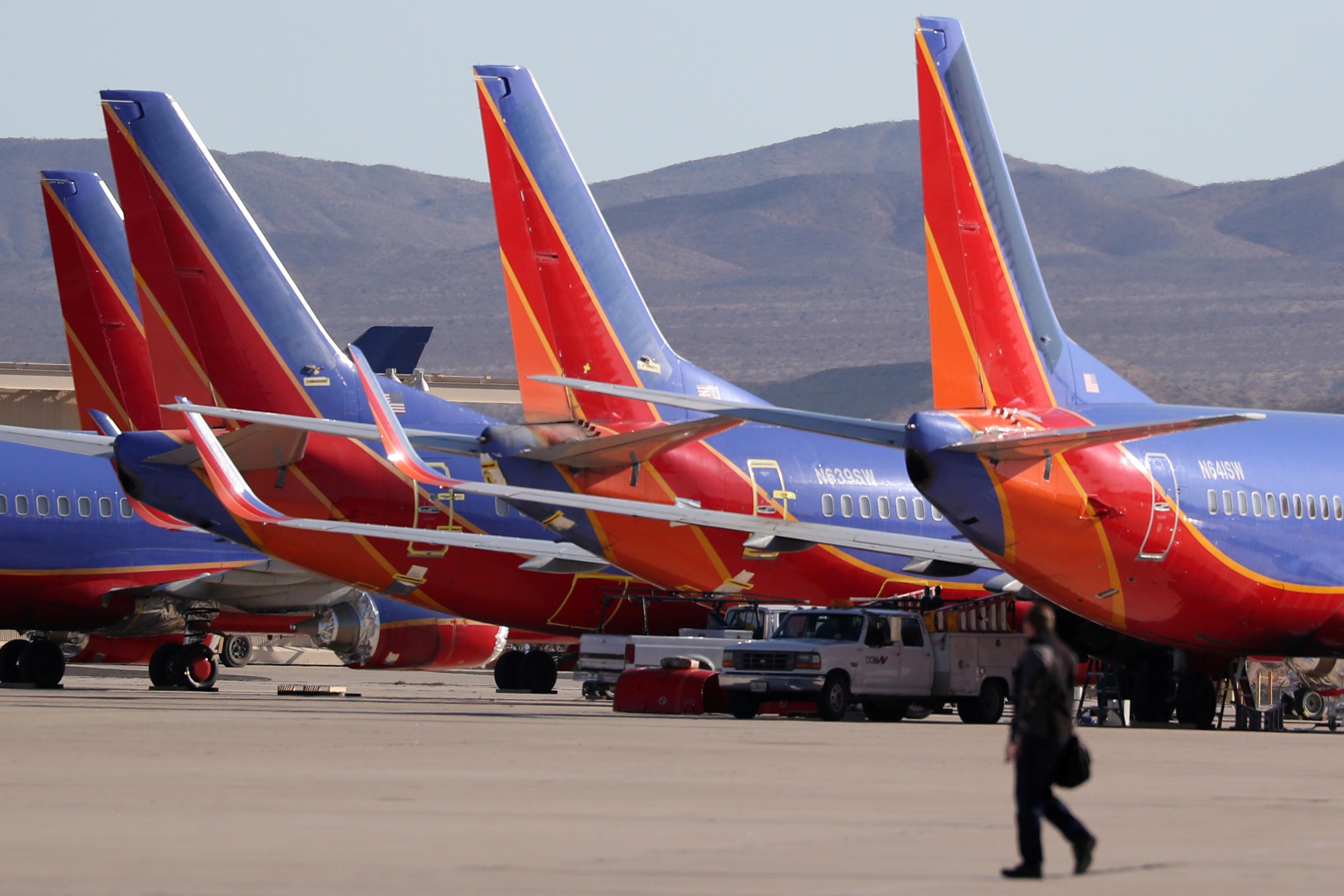 The COVID-19 crisis has decimated travel demand, with an unprecedented number of flight cancellations in the second half of March.

Dallas-based Southwest swung to a net loss of $94 million for the quarter ended March 31, compared to a profit of $387 million a year earlier. Excluding special items, the loss was $77 million, or a $0.15 loss per share. Total operating revenue declined 17.8% to $4.2 billion. It sees operating revenue falling 90% to 95% in both April and May, when it does not expect load factors to surpass 10%.

While the airline has more bookings for June and July – albeit in a drastically reduced flight schedule – it said it cannot reasonably estimate any revenue trends beyond May.

“We have no idea what kind of cancellations will come through before those travel dates; there’s no way to be comfortable with what will happen to those reservations,” Southwest Chief Executive Officer Gary Kelly told Reuters.

The coronavirus outbreak has led to the deaths of over 207,000 people around the world, including more than 55,000 in the United States, according to a Reuters tally.

Stay-at-home orders remain in much of the world and it is an open question as to when people will feel comfortable traveling again and under what safety requirements.

“We do think there’s a role for the federal government to play here and as an industry we’ll be advocating for that,” Kelly said.

Southwest’s average daily cash burn will slow to between $30 million and $35 million in the second quarter, due to a series of cost-cutting measures and capital raisings, including government aid, it said.

The airline is receiving about $3.3 billion in government payroll support and said it was considering tapping an additional $2.8 billion in secured government loans under the stimulus package known as the CARES Act, among other liquidity options.

Under the terms of government payroll support, airlines cannot lay off employees before Sept. 30. If demand remains weak, Southwest has said it may need to reduce its workforce after that date and re-think its fleet.

Southwest, which only operates Boeing 737s, said it has already reached an agreement with Boeing Co (BA.N) to take no more than 48 new 737 MAX jets until Dec. 2021, a fraction of its firm order commitment of 123 of the currently grounded aircraft.