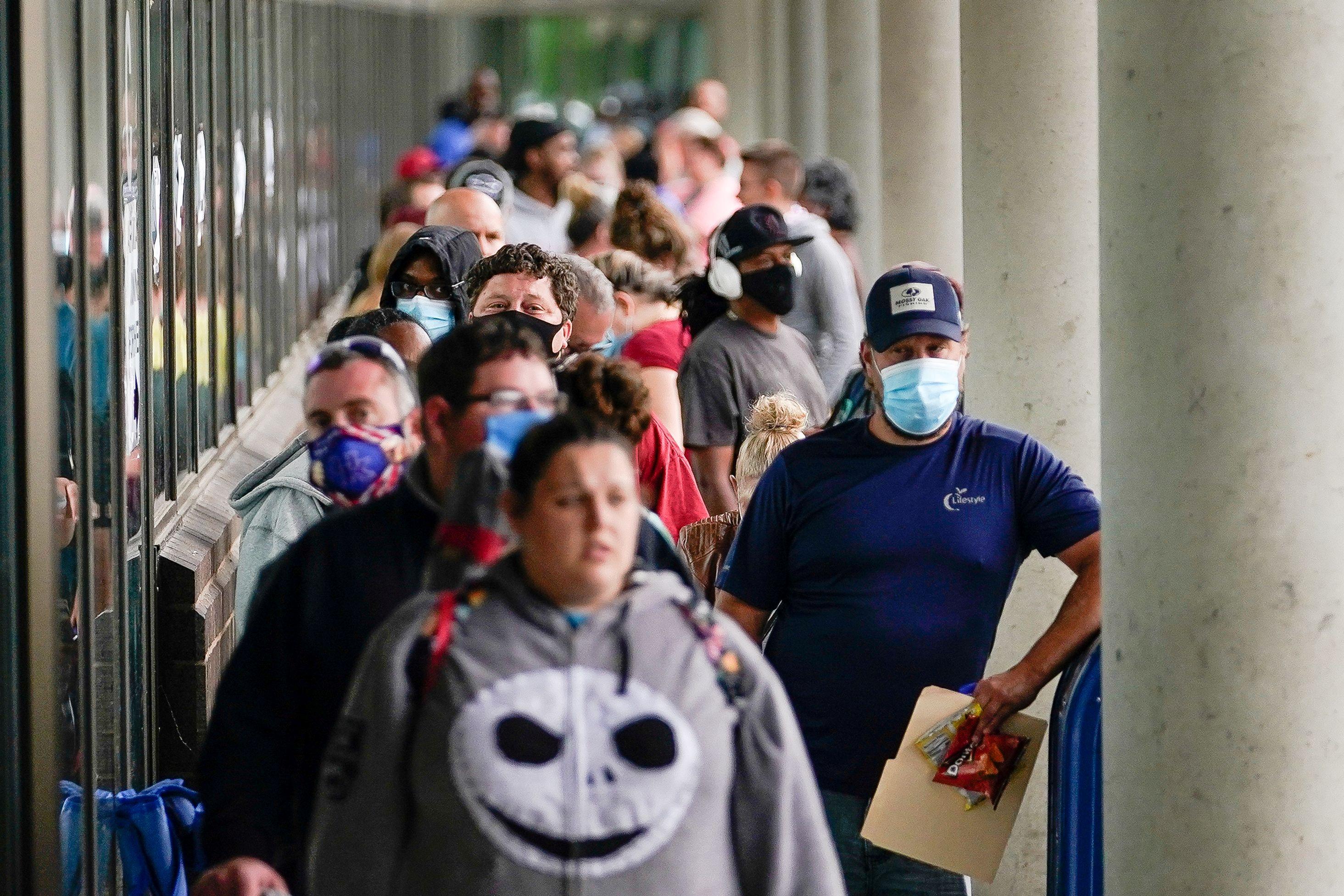 The Labor Department’s closely watched employment report on Friday came as Democratic leaders in Congress and top aides to President Donald Trump struggled to negotiate a fiscal package. Trump, who lags former Vice President Joe Biden, the presumptive Democratic Party nominee, in polls ahead of the Nov. 3 election, threatened to bypass Congress with an executive order.

“The jobs recovery is on very shaky ground and without seat belts for the unemployed provided by additional fiscal stimulus the economy could be in for a very bumpy ride,” said Chris Rupkey, chief economist at MUFG in New York. “There cannot be sustainable economic growth if the country has to carry on with the crushing weight of massive unemployment.”

Nonfarm payrolls increased by 1.763 million jobs last month after a record rise of 4.791 million in June. Excluding government employment which was artificially boosted by a seasonal quirk related to local and state government education, and temporary hiring for the 2020 Census, payrolls rose 1.462 million, stepping down from 4.737 million in June.

Economists polled by Reuters had forecast 1.6 million jobs were added in July. While the number exceeded expectations, the economy has regained only 9.3 million of 22 million jobs lost between February and April.

Economists believe July was probably the last month of employment gains related to the rehiring of workers after the reopening of businesses. A $600 weekly unemployment benefit supplement, which made up 20% of personal income, expired last Friday. Thousands of businesses have exhausted loans offered by the government to help with wages, which economists estimate saved around 1.3 million jobs at the program’s peak.

Bankruptcies are accelerating, especially in the retail sector. Coronavirus infections have soared across the country, forcing authorities in some of the worst-affected areas in the West and South to either shut down businesses again or pause reopenings, sending workers back home. The West and South account more than a third of the nation’s employment. Demand for services has been hardest hit by the respiratory illness.

“The initial bounce from widespread re-openings is now behind us,” said Sarah House, a senior economist at Wells Fargo Securities in Charlotte, North Carolina. “Further improvement will occur in fits and starts and depends on the course of the virus.”

Slowing employment growth challenges the U.S. stock market’s expectation of a V-shaped recovery. The S&P 500 index is up nearly 50% from its March trough. Economists see a U or W-shaped recovery.

Stocks on Wall Street were trading lower. The dollar rose against a basket of currencies. U.S. Treasury prices fell.

The economy, which entered recession in February, suffered its biggest blow since the Great Depression in the second quarter, with gross domestic product dropping at its steepest pace in at least 73 years.

Job growth slowed across all sectors last month. The leisure and hospitality industry hired 592,000 workers, accounting for about a third of nonfarm payrolls. The bulk of the jobs were at restaurants and bars. Retail employment rose by 258,000 jobs, with almost half of the gain in clothing and accessories stores.

Government employment increased by 301,000. The model that the government uses to strip out seasonal fluctuations from the data normally anticipates education workers to drop off payrolls in July. This, however, happened earlier because of the pandemic, leading to a big gain in July.

The unemployment rate fell to 10.2% from 11.1% in June. It was again biased downward by people misclassifying themselves as being “employed but absent from work.” Without this error, the jobless rate would have been about 11.2%. About 62,000 people dropped out the labor force last month, contributing to the drop in the reported unemployment rate.

Women, who have borne the brunt of the job losses because of child care issues, saw their unemployment rate fall to 10.5% from 11.2% mostly as they withdrew from the labor force.

“The U.S. economy was marked by intergenerational, racial, and gender inequality before the pandemic, and today’s report does nothing to alter that reality,” said Nicole Goldin,nonresident senior fellow at the Atlantic Council.

There were more part-time workers. The number of people on temporary layoff fell, but permanent job losers were little changed at 2.9 million. Average hourly earnings increased 0.2% in July after a drop of 1.3% in June. The workweek shortened to an average of 34.5 hours from 34.6 hours.