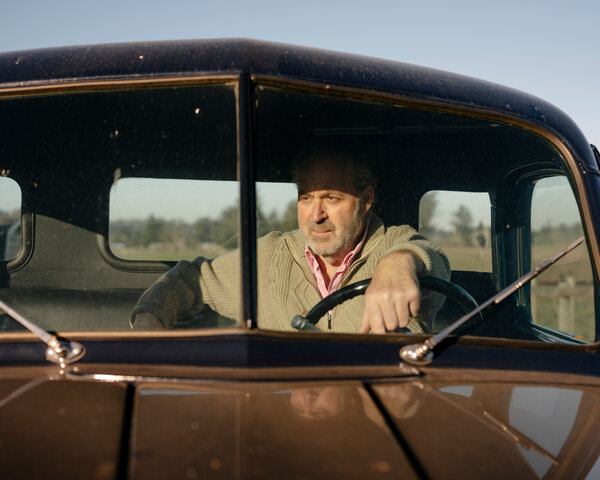 Short-sellers have long been some of Wall Street’s most reviled villains. But the recent “meme stock” frenzy — in part, a concerted effort to squeeze such investors — has left many fearing for their livelihoods, The Times’s Kate Kelly and Matt Goldstein report.

Now they are worried about new challenges:

The GameStop frenzy shows that internet-enabled herds can bet en masse on companies, driving up their stock price and saddling shorts with huge losses. “I see dead hedge funds,” one user posted in a Reddit forum.

Washington lawmakers are holding shorts up as potential market manipulators. “We must deal with the hedge funds whose unethical conduct directly led to the recent market volatility,” said Representative Maxine Waters, a Democrat, the head of the House Financial Services Committee who will oversee a Feb. 18 hearing on the meme stock mania.

Some worry about their personal safety, too. Fahmi Quadir, who runs a $50 million hedge fund, shares her GPS coordinates with a colleague. And Gabe Plotkin, whose Melvin Capital was specifically targeted by Reddit traders, had to hire security after his family was threatened.

A setback in the fight against Covid-19. South Africa halted distribution of AstraZeneca’s coronavirus vaccine after a preliminary study showed that it had limited effect against the coronavirus variant first identified in the country.

Democratic senators propose rewriting a tech legal shield. The “SAFE TECH Act,” proposed by Senator Mark Warner of Virginia, would establish limits to websites’ immunity from legal liability on user-posted content. It has encountered resistance from groups that say smaller tech platforms could be hurt more than giants like Google and Facebook.

The best of the Super Bowl. Sure, Tom Brady solidified his status as the greatest quarterback of all time as he led the Tampa Bay Buccaneers to a blowout victory over the Kansas City Chiefs. But let’s talk about the ads, which included pleas for unity (Bruce Springsteen for Jeep), nostalgic weirdness (Timothée Chalamet as the son of Edward Scissorhands for Cadillac) and just plain old weirdness (Toni Petersson, the C.E.O. of Oatly). Andrew’s favorite: Jason Alexander, in a manner of speaking, for Tide.

Where do you get your financial advice?

As lawmakers and regulators investigate the meme stock frenzy, they are taking a closer look at online forums and social media accounts. Treasury Secretary Janet Yellen said yesterday that she wanted to “make sure that investors are adequately protected.”

Disclosures and disclaimers are in focus. The trader known as “Roaring Kitty” put a disclaimer on his popular YouTube videos about GameStop, recommending that potential investors consult an adviser before acting. But an analysis of more than 1,200 TikTok videos by 50 “StockTok” influencers found that 14 percent encouraged users to make trades without a disclaimer, according to the cryptocurrency trading platform Paxful. Those videos, some of which were flagged by TikTok as “misleading,” have garnered 28.4 million views.

Regulators have been here before. During the dot-com boom, the S.E.C. kept tabs on chat rooms for signs of manipulation, as in the case of Jonathan Lebed, a teenager who posted messages touting stocks he owned. In September 2000, he settled with the agency by agreeing to pay back $285,000.

“I implore investors to be highly skeptical of any advice they receive from the internet,” Ronald Long of the S.E.C. said at the time.

There’s an ETF for that: The asset manager VanEck is starting a fund that scours Twitter, forums and blogs for stocks with a lot of online buzz.

“The elements in the new system consist of central computers, an automatic communications network and desktop terminals.”

— On this day 50 years ago, the Nasdaq booted up the first electronic stock exchange, which The Times called “the most revolutionary innovation in the history of the over-the-counter market.”

After the Jan. 6 riot in Washington, companies have been rethinking their political donations, as we detailed this weekend. Microsoft, which has given hundreds of thousands of dollars in recent election cycles to Republicans who went on to challenge the certification of votes after the storming of the Capitol, said late last week that it would cut them off. In the first in-depth interview about the decision, Microsoft’s president, Brad Smith, spoke with Kara Swisher on the “Sway” podcast.

One donation came as a particularly unpleasant surprise, Mr. Smith said, referring to a gift to Senator Josh Hawley, who led Republican efforts to question the election result. “When I learned in January that that donation had been made in the early part of December, it did not bring an enthusiastic beginning to my morning,” said Mr. Smith, who leaves day-to-day decisions in this area to the company’s PAC department.

Microsoft has redefined its PAC policies. Mr. Smith said the company would now more explicitly consider issues like whether politicians “are good for democracy.”

There is still a place for the corporate PAC, Mr. Smith argued. Although the point of a corporate PAC is up for debate, “I think we have one for good reasons,” he said. Those reasons, namely, are because crucial matters of privacy, security and competition are “going to be decided in the world of politics.”