Groundscrapers have been considered less exalted than their soaring brethren, but their ability to house an entire company on a single floor has made them more desirable in the pandemic. 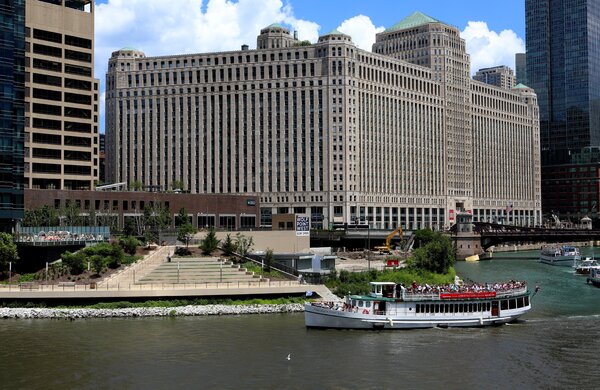 The skyscraper, the iconic urban office tower, still captivates by offering jaw-dropping views and the thrill of hovering in the clouds. But the skyscraper’s opposite — a building as horizontal as a skyscraper is vertical — has been grabbing attention: Make way for the groundscraper.

There is no hard-and-fast definition for such buildings, which some loosely describe as a million or more square feet in only a handful of stories. These earth-hugging structures have traditionally been considered less exalted than their soaring brethren, but in recent years, groundscrapers — also known as sidescrapers and landscrapers — have become desirable.

Tech companies in Silicon Valley have long embraced the low-rise approach. But their campuses have also been likened to suburban corporate office parks, which fell out of favor years ago, and criticized for contributing to sprawl at a time when the efficient use of resources calls for urbanization.

Still, some aspects of these buildings — such as the ability to reach offices via stairs, rather than elevators — have become doubly attractive during the pandemic.

“The interest in groundscrapers reflects our evolving views on how we come together in office spaces,” said Sam Chandan, dean of the Schack Institute of Real Estate at New York University’s School of Professional Studies. 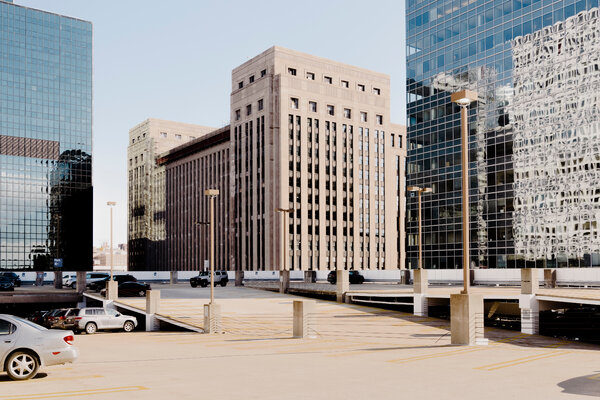 Take the Old Post Office in Chicago. Built from 1921 to 1932, the nine-story limestone landmark is three city blocks long and a block wide. If stood on its end, it would be the equivalent of a 64-story tower. The Art Deco building was the city’s main hub for sorting mail until 1997, after which it sat vacant for two decades.

The real estate firm 601W Companies bought the white elephant for $130 million in 2016 and has spent $670 million more in a project billed as the largest redevelopment in the country. Working with the design firm Gensler, the developer converted the structure’s 2.5 million square feet to office space offering the grandeur of ceilings up to 19 feet and restored brass grille work.

The building’s large, open floorplates enable tenants to have all employees on a single level. This encourages communication across departments and reinforces company culture in a way not possible when employees are divided up on multiple floors of a high rise, said Brian Whiting, president of the Telos Group, which is handling leasing. Rates are $47 to $50 per square foot, and the building was 80 percent leased when it opened in November, with Uber taking two entire floors.

The Pentagon in Arlington, Va., is another early example. Built in 1942, the five-sided, five-story structure covers nearly 29 acres.