Complicated ballot counts and a president’s baseless claims of vote-rigging are two of the challenges facing TV anchors and executives. 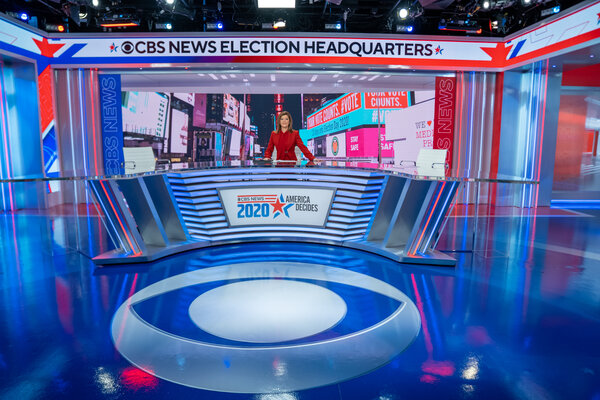 Batches of ballots that will be counted at different times, depending on the swing state. Twitter gadflies and foreign agents intent on sowing confusion. A president who has telegraphed for months that he may not accept results he deems unfavorable.

Television executives overseeing this year’s election night broadcasts are facing big challenges. And the world will be watching.

“Frankly, the well-being of the country depends on us being cautious, disciplined and unassailably correct,” said Noah Oppenheim, the NBC News president. “We are committed to getting this right.”

In interviews, the men and women in charge of network news coverage — the platform that tens of millions of Americans will turn to on Tuesday to make sense of a confusing vote count and learn the future of their country — made similar pledges.

Patience. Caution. And constant reassurance to viewers about the integrity of the results. “We have to be incredibly transparent all through the night with what we know and what we don’t know,” said George Stephanopoulos, who will anchor the proceedings for ABC News.

To accommodate the idiosyncrasies of this pandemic-era campaign, networks are planning tweaks to the way some election nights looked in the past.

Real-time results will be displayed in the context of the total expected vote, including the absentee and mail-in ballots that will account for a high proportion of it. The usual metric, “precincts reporting,” is tied to in-person votes on Election Day, which producers expect to be potentially misleading.