Mr. Bezos will be on board when his rocket company, Blue Origin, launches its first human spaceflight next month, after he steps down as chief executive of Amazon. 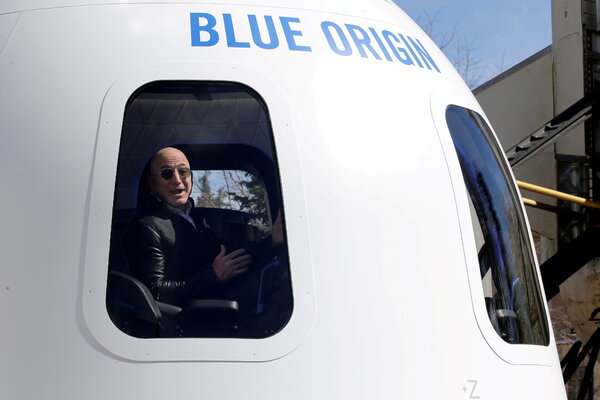 Jeff Bezos announced on Monday that he would be on board when his rocket company, Blue Origin, conducts its first human spaceflight next month. He said his brother Mark Bezos would join him on the flight.

Blue Origin is also auctioning off a passenger seat on the New Shepard space capsule, which is set to take off on July 20. Bidding has reached almost $3 million with nearly 6,000 participants from 143 countries, the company said.

“Ever since I was five years old, I’ve dreamed of traveling to space,” Mr. Bezos said on Instagram, calling the trip, “The greatest adventure, with my best friend.”