Trump made the legacy media great again. Here’s what’s next for them. 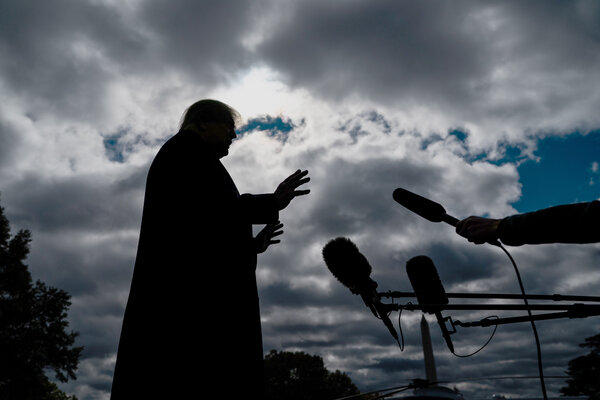 There’s a media phenomenon the old-time blogger Mickey Kaus calls “overism”: articles in the week before the election whose premise is that even before the votes are counted, we know the winner — in this case, Joe Biden.

I plead guilty to writing a column with that tacit premise. I spent last week asking leading figures in media to indulge in the accursed practice of speculating about the consequences of an election that isn’t over yet. They all read the same polls as you do and think that President Trump will probably lose.

But many leaders in news and media have been holding their breaths for the election — and planning everything from retirements to significant shifts in strategy for the months to come, whoever wins. President Trump, after all, succeeded in making the old media great again, in part through his obsession with it. His riveting show allowed much of the television news business, in particular, to put off reckoning with the technological shifts — toward mobile devices and on-demand consumption —  that have changed all of our lives. But now, change is in the air across a news landscape that has revolved around the president.

And given the jittery pre-election timing, I’ll try to keep these items short so you can check Nate Silver’s Twitter feed in between reading them.

The News Business After Trump

Before the 2016 election, Andrew Lack, then the head of NBC News, warned colleagues that MSNBC’s revenue would take a 30 percent hit if — when — Hillary Clinton was elected, two people familiar with the remark told me. (After the debacle in 2016, few in the media wanted to be quoted speculating about what happens after the election.)

Well, TV sure dodged that bullet! CNN’s chief, Jeff Zucker, later told his Los Angeles bureau that Mr. Trump had bought the declining business four more years, a person who was there recalled. (A spokesman for CNN said that Mr. Zucker would not have speculated on future ratings.) And it has been a profitable time for cable news, a record-breaking year for political books and, generally, a bonanza for the legacy media that live rent-free in the president’s head.

That may be ending. MSNBC and other outlets that thrived on resistance to Mr. Trump may see their audiences fade, said Ken Lerer, a veteran investor and adviser to old media and new, who also predicted that The New York Times would “cool off” as you, dear reader, find other things to do.

And the people who continue to pay attention to the news will stay online.

“The pandemic has advanced digital by four or five years and it will not go back to what it was,” Mr. Lerer said.

In corporate media, that means what Cesar Conde, the new chairman of the NBCUniversal News Group, has been calling an “omnichannel” strategy, as brands like MSNBC no longer see themselves primarily as television. For new outlets, it’s an opportunity to press their advantage of being native to this new world.

“Many media organizations have spent the past four years generally failing to adapt to a campaign, a president, a White House and an administration that is extremely online,” said Stacy-Marie Ishmael, the editorial director of the nonprofit Texas Tribune. “We are only, four years in, getting to grips with how to contend with rhetorical techniques, messaging and communications steeped in misinformation and propaganda.”