A counterintuitive silver lining to the pandemic is developing: While droves of small businesses across the United States have been crushed by Covid-19 and its restrictions, others have been pushed to lift off.

There has been a surge in new business start-ups this year, according to the U.S. Census Bureau. By the week ending Dec. 5, the bureau reported, business applications were up 43.3 percent over the same period in 2019. “But it remains unclear how much of the increase is attributable to entrepreneurs finding opportunity in the crisis to form businesses likely to hire employees as opposed to newly unemployed individuals starting their own businesses,” according to the Economic Innovation Group, a bipartisan public policy organization.

This uptick, however, is offset by the fact that about 28.8 percent of small businesses were closed for good as of mid-November, compared with the start of the year, based on data tracked by Opportunity Insights, a nonpartisan, not-for-profit research organization based at Harvard University.

In New York City, an estimated one-third of small businesses might never reopen, according to a study by the nonprofit Partnership for New York City.

“The truth is, no one knows what’s next because no one has seen anything like the current intersection of crises,” said Nathalie Molina Niño, author of “Leapfrog: The New Revolution for Women Entrepreneurs” and chief executive of O³, a privately held start-up investment firm.

“Entrepreneurs are delusionally optimistic, by design,” she said. “Which is why even amidst what some days looks like a mass burial ground for small businesses across the country, with storefronts shuddered from coast to coast, entrepreneurs are still starting and, in some cases, growing their businesses.”

That’s what Eric Levitan plans to do. In April, after 25 years of working in technology and running software companies, Mr. Levitan, 49, started the Atlanta-based Vivo, a virtual small-group strength-training fitness program for adults 55 and older and conducted live with a certified instructor. The classes, led over Zoom, were inspired by watching his own parents, who are in their 70s, struggle with aging and mobility issues.

It was a business that he had been developing for over a year, but the pandemic threw his original concept — in-person strength training classes in senior living communities — out the door. “Because of Covid, we shifted the model to move the classes online,” he said.

For Mr. Levitan, the pivot to an online fitness service considerably increased his potential client base. “Now there’s no geographical boundary around it — we can train someone in Brazil, California, Japan and have trainers anywhere in the world.”

For now, Vivo, which he’s building with his own funds — nearly $100,000 to date — is still in the early stages, with 50 members, ranging in age from 52 to 85. Customers participate in 45-minute classes twice a week. But the capacity, with nine trainers on board, is closer to 1,000 customers, according to Mr. Levitan.

“It is tough to build the relationships over video in the same way you could in person,” said Alisa Cohn, a global executive coach based in New York City, who focuses on start-ups. “But whenever you have the right idea that the market needs, it’s always a good time to start a business.” 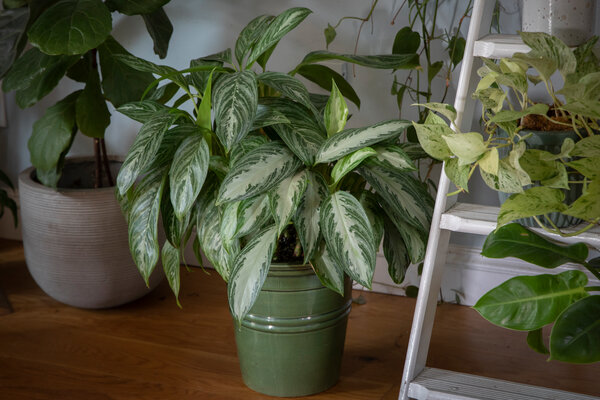 “We had been working for the past two years or so, developing the technology for the app, building a team, testing, and the launch was scheduled for early spring,” said Mr. Coffey, 31. Before the pandemic, the couple had raised $500,000 from early-stage angel investors.

“We were blindsided, postponed the launch and rethought our plan,” said Ms. Coffey, 29. The Coffeys had devised a consumer digital subscription, combined with a business service to lend horticulture advice to brick-and-mortar offices and restaurants.

“With our app, clients use their phone’s camera to scan rooms in their homes, and the app creates a map that shows variations in light distribution and suggests the best plants for the space and how to care for them,” Ms. Coffey said. Some customers have even asked for help building video-worthy plant wall backgrounds for their home offices.

The company now has roughly 5,000 customers worldwide. “We have benefited from the fact that people are at home and interested in growing more than ever,” Ms. Coffey said. “Moments of planting and watering the plants break up the digital weird reality we are living in. We get to be a little bit of joy in people’s lives.”

Pickles have the power to produce happiness, too. In September, Mark Mammone, 39, a sous chef, and Joe Bardakos, 30, a chef, founded Bridge City Brinery in Pittsburgh.

Five years ago, Mr. Mammone began making pickles as a hobby. His inspiration was the sauerkraut made by his grandmother, an immigrant from Croatia. The secret: The cucumbers are fermented in a homemade brine.

“I started having my friends try them, and they were saying: ‘You need to do something with these. You need to sell them,’” Mr. Mammone said. “Once that idea set in, I thought, all right, I’m going to start a pickle company.”

But it was a back-burner idea. “The pandemic is actually what sparked the business back up,” he said. Mr. Bardakos offered to help and a partnership was born. “This is something we can do right now, and we can be in control of,” Mr. Mammone said, “and it is not going to cost us a lot of money.”

“Navigating uncertainty during this pandemic and the associated political and economic landscape is the biggest challenge for any entrepreneur,” said Sanyin Siang, executive director of the Fuqua/Coach K Leadership and Ethics Center at Duke University and author of “The Launch Book: Motivational Stories to Launch Your Idea, Business or Next Career.”

“The motivator is a deep belief in the idea,” Ms. Siang said. “It’s that belief that will also create the compelling factor for customers, employees and investors.” And that’s precisely what the pickle purveyors have done. They self-funded their business with under $3,000, and asked for help from their family, friends, and their boss, who has allowed the two to work out of the restaurant’s kitchen.

The real challenge was finding supplies, which pushed the launch back a few weeks. “Glass jars were in short supply — it seems everybody during the pandemic was busy jarring food,” Mr. Mammone said.

Taking advantage of sectors that have seen a downturn can be a counterintuitive but successful approach. While other restaurants were closing, Suhail Karimi, 35, in Los Gatos, Calif., knew it was his time to chase his dream.

“There was a bit of a fire sale,” he said. As a result, he purchased the liquor license and other components of a restaurant business from a tenant who had been operating in the location at roughly half the original pre-pandemic asking price. He was also able to negotiate a less costly lease with the landlord. And so, three months ago, he opened his first restaurant, Eleven College Ave.

“It has been a little bit of a struggle, but we’re surviving,” he said. “I knew what I was getting into, and that there were going to be several challenges ahead to adhere to the ever-changing safety guidelines.”

His start-up costs — around $500,000 — were family-funded. “It was definitely a very calculated risk,” he said. “It took a lot of discussion and moving pieces to make it happen.”

Christina Hale did not deliberate. She began making hair bows eight years ago for her daughter, who was 7 at the time. Before long, she was selling her creations at crafts festivals and had broadened her repertoire to include jewelry, wooden signs, wreaths and more.

But Ms. Hale, 47, had not considered opening her own retail store until the coronavirus canceled the family summer vacation to Myrtle Beach, S.C., and her college-age son moved back home full time when his dorm was closed.

She swapped that $4,000 vacation fund for the storefront, which came with a rock-bottom rent. And in October, Ms. Hale welcomed her first customers to Bows 4 U & Gifts 2, an 800-square-foot retail store in Culpeper, Va.

Developing a clientele has been slow, but it is growing. (Ms. Hale hopes to open an online outlet for her business as well.) “Some people will stop and look in the window, but don’t want to enter,” she said. “I leave my door open for the fresh air, and when they do step in, they get giddy. It’s that kind of place.”