NEW YORK (Reuters) – Some of the roughly 200,000 workers at U.S. online grocery delivery company Instacart said they were striking on Monday as labor unrest grows globally over safety and wages for people working through the coronavirus crisis. 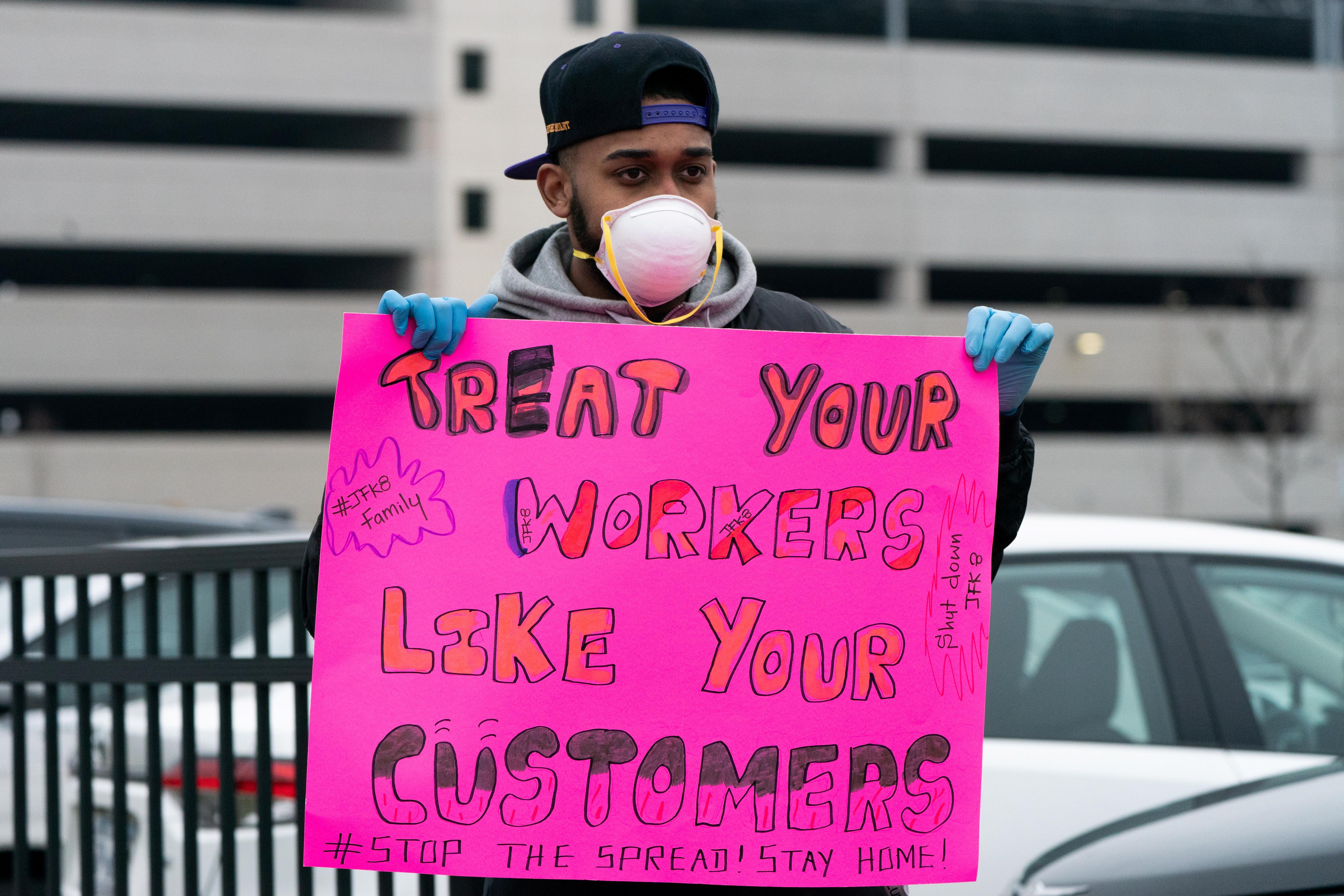 Workers at an Amazon.com Inc warehouse in Staten Island, New York also plan to walk off the job on Monday.

It was not immediately clear how many Instacart workers were participating in the strike, organized by a group called the Gig Workers Collective, or what impact it might have on operations.

Taking to Twitter and other social media platforms, strikers and their supporters asked for hazard pay increases, paid sick leave and better protective measures while on the job.

Clerks, delivery drivers, stockers, gig workers, fast food workers and others have kept food and essential goods flowing across the country to customers who are safely tucked away at home to help stop the spread of the deadly virus.

San Francisco-based Instacart said on March 23 that it wanted to hire another 300,000 gig workers – including the so-called “shoppers” who buy and deliver groceries – because of a surge in demand.

It was not clear whether increased demand was caused by a shortage of shoppers due to the walk-off.

Last week, several hundred Amazon employees protested in France, prompting a rebuke the next day from Finance Minister Bruno Le Maire, who said pressure on the employees to work despite concern over inadequate protections was “unacceptable.”

At Amazon’s Staten Island warehouse, which had a reported case of COVID-19, workers planned to walk out, according to media reports.

The workers aimed to protest the decision by the world’s largest online retailer to keep the facility open despite health risks, the reports said. Amazon did not immediately return a request for comment.