LONDON – Glossier will be planting its flag in Covent Garden for good, having operated a pop-up there in 2019.

According to an interim results statement from Capital & Counties, or Capco, the London property company that owns the Covent Garden estate, Glossier has agreed a long-term lease and will open a flagship store on King Street.

The store is expected to open in the coming months, will occupy the former Galleria Melissa space at 43 King Street.

Although Capco did not provide any further details regarding the new store, it confirmed that Glossier would be joining its fellow digitally native brand Reformation on the street, which runs between Covent Garden Market and Garrick Street.

As reported earlier this month, Glossier has raised series E funding that brings the company’s total venture capital backing to more than $265 million.

The company said it would use the money to “scale its online and offline experiences,” and added that new permanent stores were planned for Seattle, Los Angeles and London later this year.

As reported, Reformation will open at 27 King Street, and take over the space formerly occupied by Petersham Nurseries’ lifestyle, home, garden shop and florist.

The property owner has been making moves in the cultural space, too. Next month, the British artist Chila Burman will take over the historic market building with a new, immersive large-scale installation. It will launch on Aug. 26.

The installation forms part of Covent Garden’s 2021 plans to energize the West End with a program of culture, dining and drinking which is aimed at attracting Londoners and domestic tourists as international travel remains hampered by COVID-19 restrictions.

Covent Garden will also launch a new campaign in September called “The Color of Creativity.” According to Capco, the campaign will draw inspiration from Burman’s new neon installation, and will include workshops and immersive pop-ups meant to “convey tales of craftsmanship and culture to visitors throughout the estate.”

As reported, some of London’s best-known designers have put a signature spin on a series of ballet slippers as part of a monthlong summer festival that’s currently taking place in Covent Garden. Capco has teamed with the Royal Opera House, a neighborhood landmark, on the outdoor culture festival, called ROH Unlocked.

Designers, brands and retailers Roksanda, Erdem, Simone Rocha, Rejina Pyo, Halpern and Liberty have all looked at the slippers from a fresh perspective. 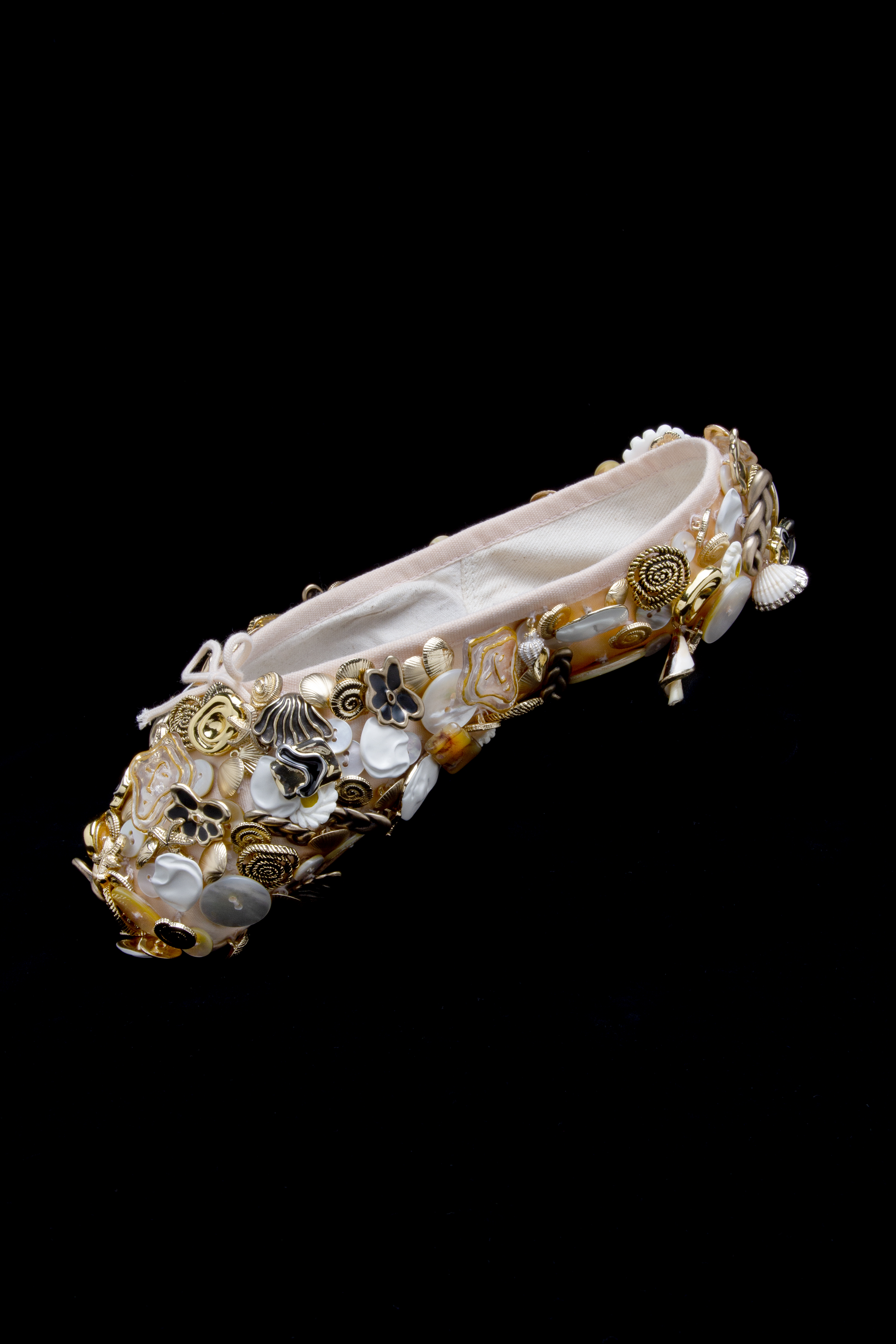