LONDON (Reuters) – European stock markets and oil prices fell on Monday as a spat between top U.S. officials and China over the origin of the coronavirus fuelled fears of a new trade war, derailing a rebound in global markets.

European shares were down 2.5% in mid-morning trading, with sectors sensitive to economic growth including oil and gas, automakers and banks falling between about 4% and 5.5%.

Volatility gauges for European and American blue-chip stocks shot up to a two-week high while U.S. stock futures were about 1% in the red.

Earlier, MSCI’s broadest index of Asia-Pacific shares outside Japan fell 2.5%, pulled down by Hong Kong where the Hang Seng returned from a two-session holiday with its biggest drop in six weeks.

U.S. Secretary of State Mike Pompeo said on Sunday there was “a significant amount of evidence” that the novel coronavirus emerged from a laboratory in the central Chinese city of Wuhan.

The U.S. dollar rose against most major currencies amid fears that last year’s U.S.-China dispute would be reignited, this time over the origins of the pandemic that has stalled economies around the world.

Pompeo did not provide evidence or dispute an earlier U.S. intelligence conclusion that the virus was not man-made.

An editorial in China’s Global Times said he was “bluffing” and called on the United States to present its evidence. 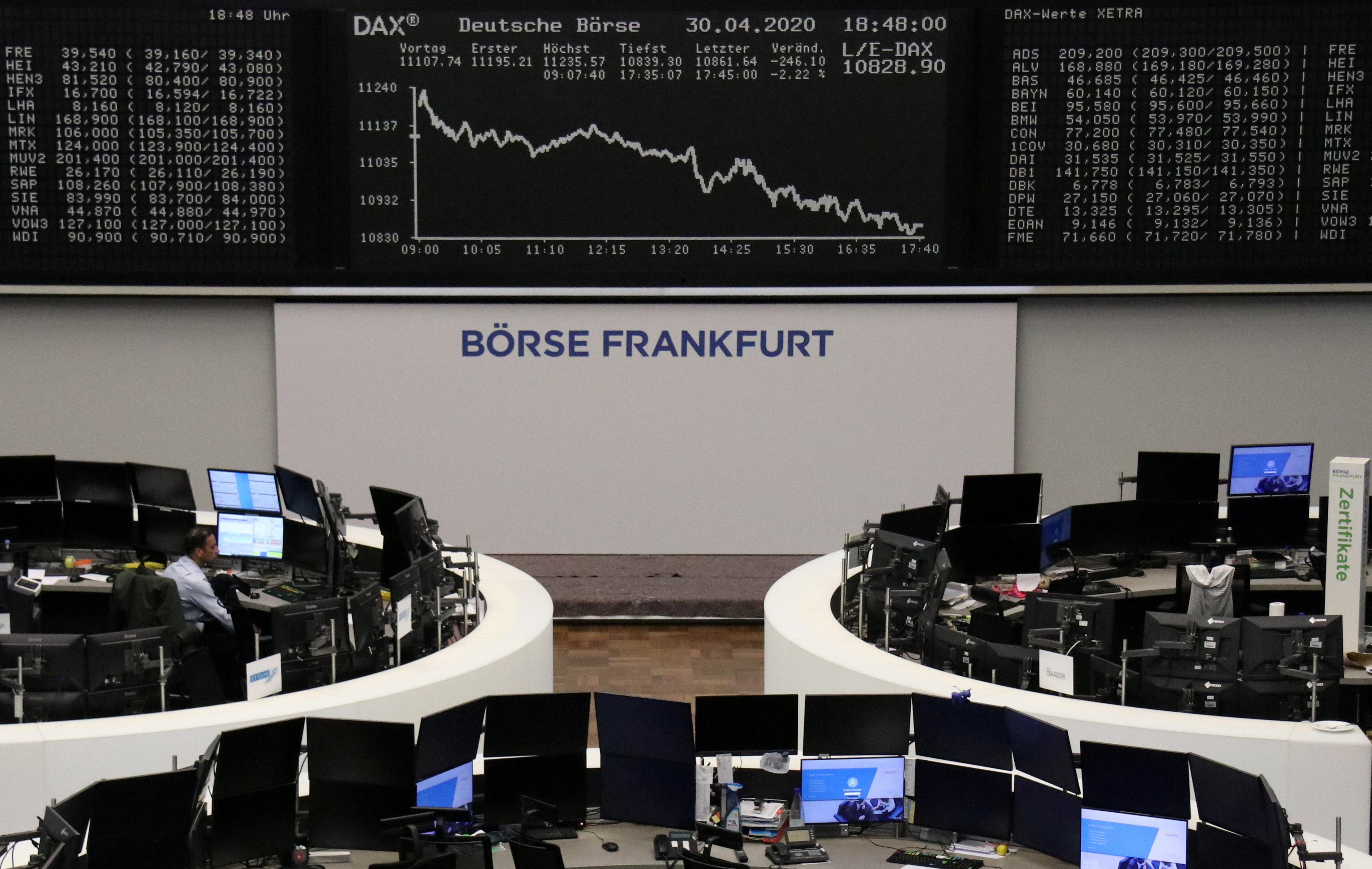 “Concern on the potential for another flare up between the U.S. and China is dominating price action,” RBC strategist Adam Cole said in a morning note.

Simon Black, head of investment management at wealth management firm Dolfin said investors were also adjusting their forecasts for the depth of the economic damage the pandemic will inflict.

“It’s also the economic reality sinking in,” he said, adding that a rebound by global equities of over 20% from lows hit in March was not likely to be sustainable.

Companies listed on the pan-European STOXX 600 are currently expected to report a 40% decline in earnings in the second quarter.

Manufacturing activity in the euro zone collapsed last month as government-imposed lockdowns to stop the spread of the new coronavirus forced factories to close and consumers to stay at home, a survey showed on Monday.

“We’ve just come off a rally of hopes, not a rally on fundamentals”, Black said, pointing to the massive monetary and fiscal stimulus pledged by governments and central banks around the world.

Recent economic data paints a dire picture of the global economy after weeks of lockdowns.

In the United States, manufacturing plunged to an 11-year low last month and consumer spending collapsed. Some 30.3 million Americans have filed unemployment claims.

Global coronavirus cases have surpassed 3.5 million and deaths have neared a quarter of a million, according to a Reuters tally.