WASHINGTON (Reuters) – U.S. consumer prices rebounded by the most in nearly eight years in June, but a resurgence in new COVID-19 cases after the reopening of businesses suggests a moderation in demand that could keep inflation muted and allow the Federal Reserve to keep injecting money into the ailing economy. 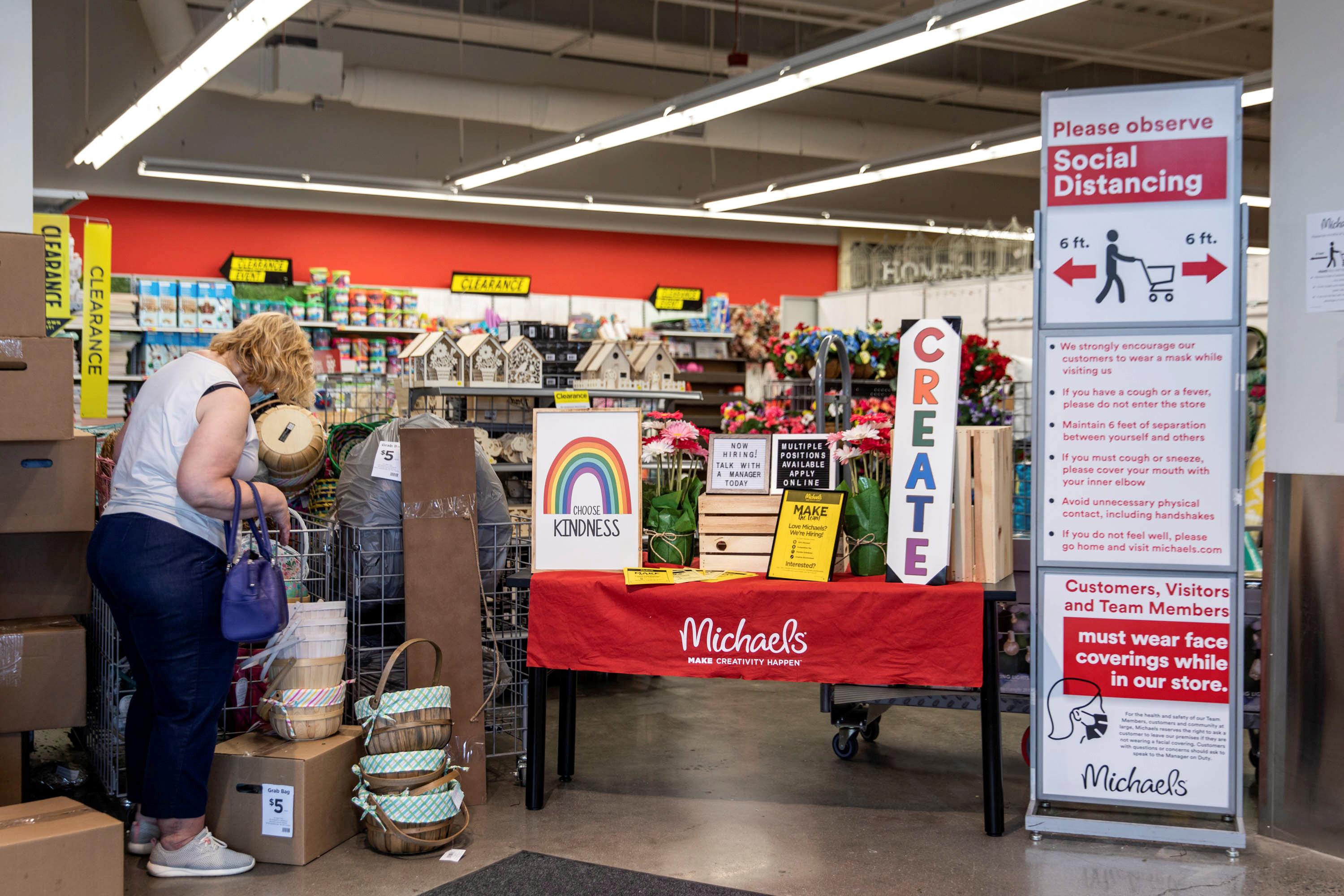 The report from the Labor Department on Tuesday came as some densely populated states in the South and West regions of the country were dialing back or pausing reopenings, overwhelmed by rising infections of the respiratory illness. California on Monday announced new business restrictions.

The economy slipped into recession in February. Economists are warning of a prolonged slump in the absence of a comprehensive national effort to combat the coronavirus pandemic, which is making consumers cautious about spending.

“The economic downturn is going to last longer with the second wave of the coronavirus pandemic spreading across the nation and this extended period of weak growth and soft demand will keep the inflation genie locked in her bottle for longer as well,” said Chris Rupkey, chief economist at MUFG in New York.

The consumer price index increased 0.6% last month, the biggest gain since August 2012, after easing 0.1% in May. The increase, which ended three straight months of declines, was driven by a 12.3% jump in gasoline prices after dropping in the first five months of the year.

Beef prices maintained their upward trend, advancing 4.8%. The cost of beef has shot up 20.4% over the last 3 months, reflecting shortages as a result of COVID-19 infections at meat processing plants. Consumers also paid more for nonalcoholic beverages, fruits and vegetables.

In the 12 months through June, the CPI climbed 0.6% after gaining 0.1% in May, which was the smallest year-on-year rise since September 2015. Economists polled by Reuters had forecast the CPI increasing 0.5% in June and advancing 0.6% year-on-year.

The Fed is pumping money into the economy through extraordinary measures, including large-scale asset purchases and funneling loans to firms. Separately, the government has provided nearly $3 trillion in fiscal stimulus, contributing to a record monthly budget deficit in June.

There have been fears that the unprecedented stimulus could stoke inflation. But with a record 33 million people on unemployment benefits, inflation is likely to remain benign. Gross domestic product is expected to have declined in the second quarter at its steepest pace since the Great Depression.

Stocks on Wall Street opened lower as investors fretted over the rising COVID-19 cases. The dollar eased against a basket of currencies. U.S. Treasury prices rose.

Excluding the volatile food and energy components, the CPI rose 0.2% in June after slipping 0.1% in May. The so-called core CPI had dropped for three consecutive months for the first time since the series started in 1957.

Apparel prices jumped 1.7%, the most since February 1990. Airline fares accelerated 2.6%, the largest gain since May 2015. There were also increases in prices for healthcare, household furnishings and tobacco.

The cost of hotel and motel accommodation rose 1.4%. But owners’ equivalent rent of primary residence, which is what a homeowner would pay to rent or receive from renting a home gained 0.1%, the smallest rise since July 2013. That likely reflects forbearance agreements between landlords and tenants who have lost their jobs or have had their hours cut because of the COVID-19 pandemic. This rent measure rose 0.3% in May.

In the 12 months through June, the core CPI increased 1.2%, matching May’s gain.

“With an increasing number of Fed officials expressing concern over a loss of economic momentum as states reintroduce COVID-19 containment measures, they will continue to do what is necessary to keep credit flowing and interest rates pinned to the floor,” said James Knightley, chief international economist at ING in New York.