As the world eagerly anticipates the return of date nights and social functions, Fitbit announced a new fitness tracker on Monday that, it hopes, will work just as well out on the town as on a jog.

Available for pre-order, the new Fitbit Luxe offers an upgraded look and feel over its previous, plastic Inspire 2 trackers, with a stainless steel case — its thinnest to date — and a design process that leans on traditional jewelry-making techniques.

“It’s a high-tech take on traditional metal shaping,” Lisa Swift, vice president of brand and product marketing, told WWD. “What we got out of that is a very high-gloss finish on Luxe’s stainless-steel, full-body case and the warmth that you would expect out of jewelry, but still delivering the precision and the quality that we need, since we are still dealing with advanced sensor technology.”

Luxe was designed for a broad range of wrist sizes and skin tones, without being generic-looking. On the contrary, it used a metal vaporizing technique on the soft gold and platinum finishes for a premium look and feel. Luxe comes in soft gold, silver platinum and graphite, and works with a variety of optional straps, including silicone, Horween leather double wrap, woven, stainless-steel mesh bands and the Gorjana Parker link bracelet in platinum and soft gold stainless steel.

All of the Fashion at the 2021 BAFTA Awards

Additionally, the company is offering a Gorjana special edition in soft gold stainless steel, as well as a swim-proof silicone band in peony. 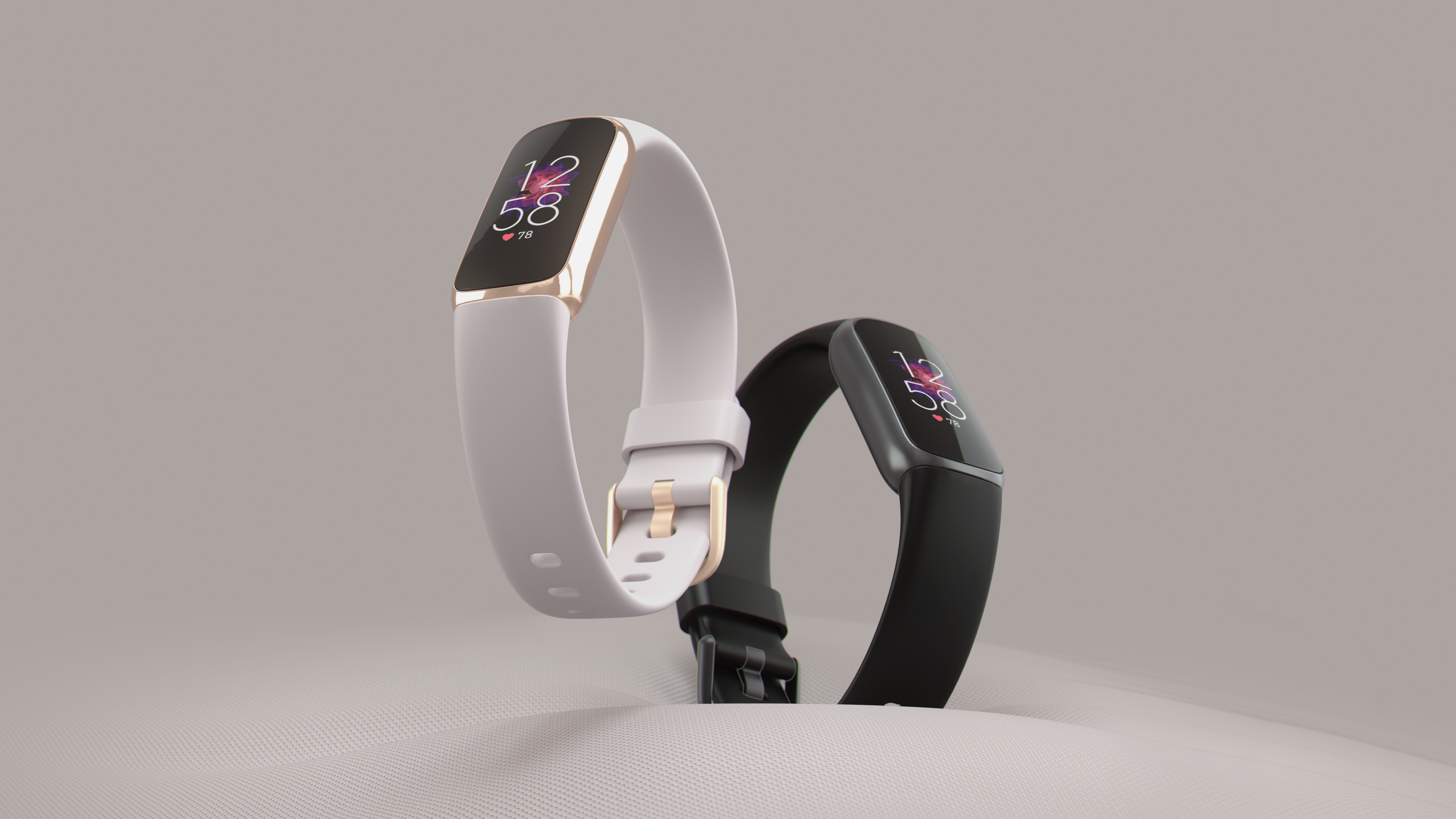 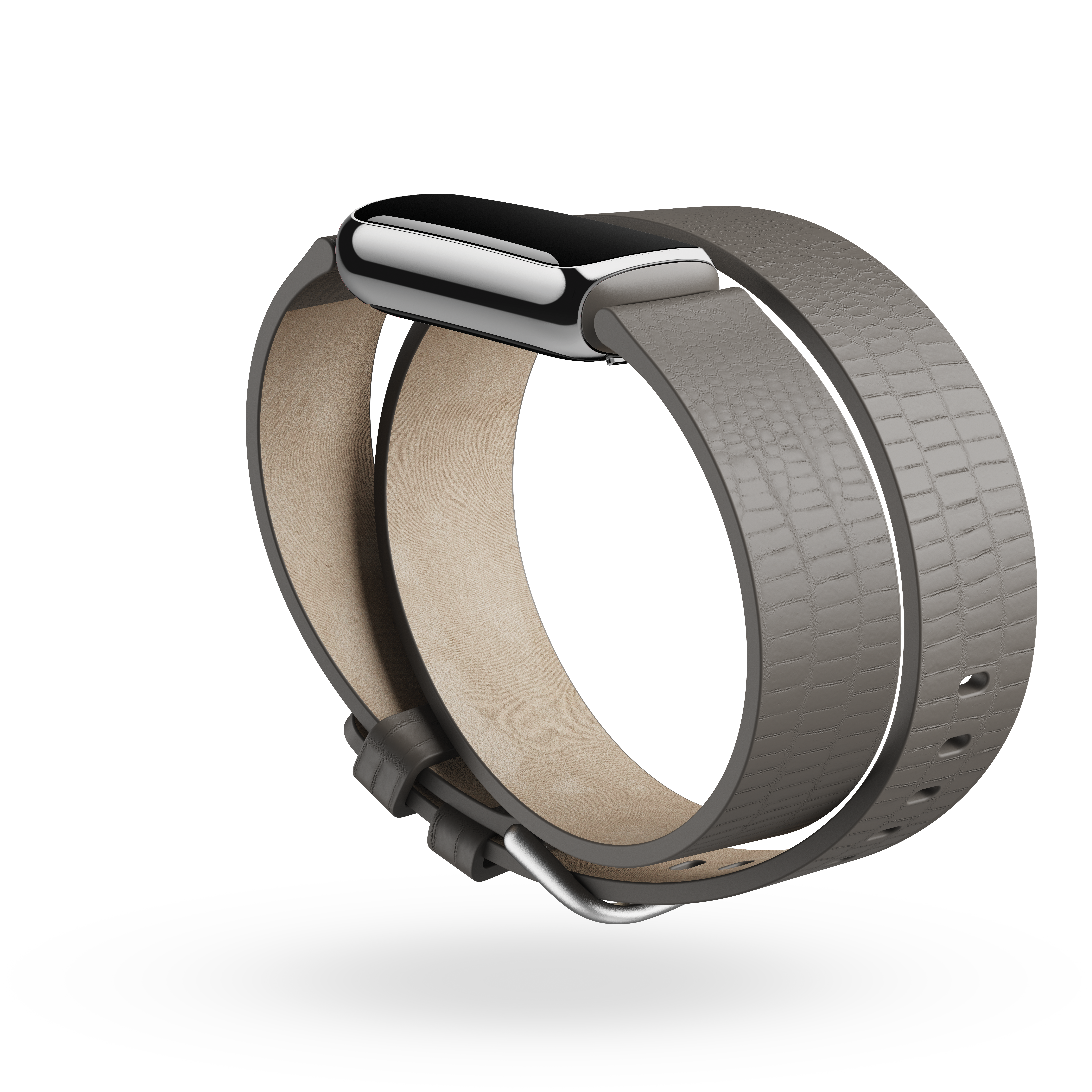 If there’s any influence from new parent company Google, which completed its acquisition of Fitbit in January, it’s not immediately evident. In fact, by its aesthetics, Luxe seems to be aiming for the Apple Watch crowd — or at least those who would be, but want something smaller or don’t require a full smartwatch. It’s priced that way, too, starting at $150, which includes six months of Fitbit Premium. The special edition is priced at $200.

While that’s not cheap, it’s far less than an Apple Watch Series 6. For the money, customers get some of the advanced features expected of full smartwatches, like a color touchscreen, ambient light sensor and functions like stress management tools, automatic activity and sleep tracking, in addition to notifications and compatibility with iOS and Android. Plus, Fitbit offers a luxurious amount of battery life in comparison, rated at five days, packed into a tiny unit.

Compared to Fitbit’s full line of devices, the Luxe (center) is easily the thinnest of the lot. Courtesy image

The company also sweetened the style proposition with Luxe, thanks in part to Gorjana.

Fitbit is no stranger to fashion, having worked with Tory Burch, Public School, Vera Wang, Adidas, PH5 and others. But its partnership with Gorjana is different.

Swift called the jewelry brand the right partner at the right time. According to the company’s research, some fitness tracker owners weren’t wearing their devices every day because they weren’t stylish. So it began initial designs with that in mind, but soon realized the pandemic pressed another issue for consumers: affordability.

“This idea of functional, approachable, yet stylish coming together in one product was really rising to the top with consumers,” continued Swift. “Gorjana was a perfect fit, because they are such a well-known brand in that middle-market, contemporary, stylish, approachable and yet affordable-type brand.”

For Gorjana Reidel, cofounder and chief creative officer of Gorjana, the relationship fit into the brand’s focus on style and functionality. “At Gorjana, we aim to provide an avenue for effortless glam and by working with Fitbit, we’re part of the solution that tackles the void in the tracker market — reaching those who have been holding out on purchasing one because it wasn’t meeting their style needs,” she said.

The company has always worked to create pieces that look great and feel comfortable, and “we have seen this become a real focus for consumers in the jewelry they buy,” said Reidel. And like so many of Gorjana’s existing pieces, customers can also layer Fitbit Luxe with other jewelry, dressing it up or down. 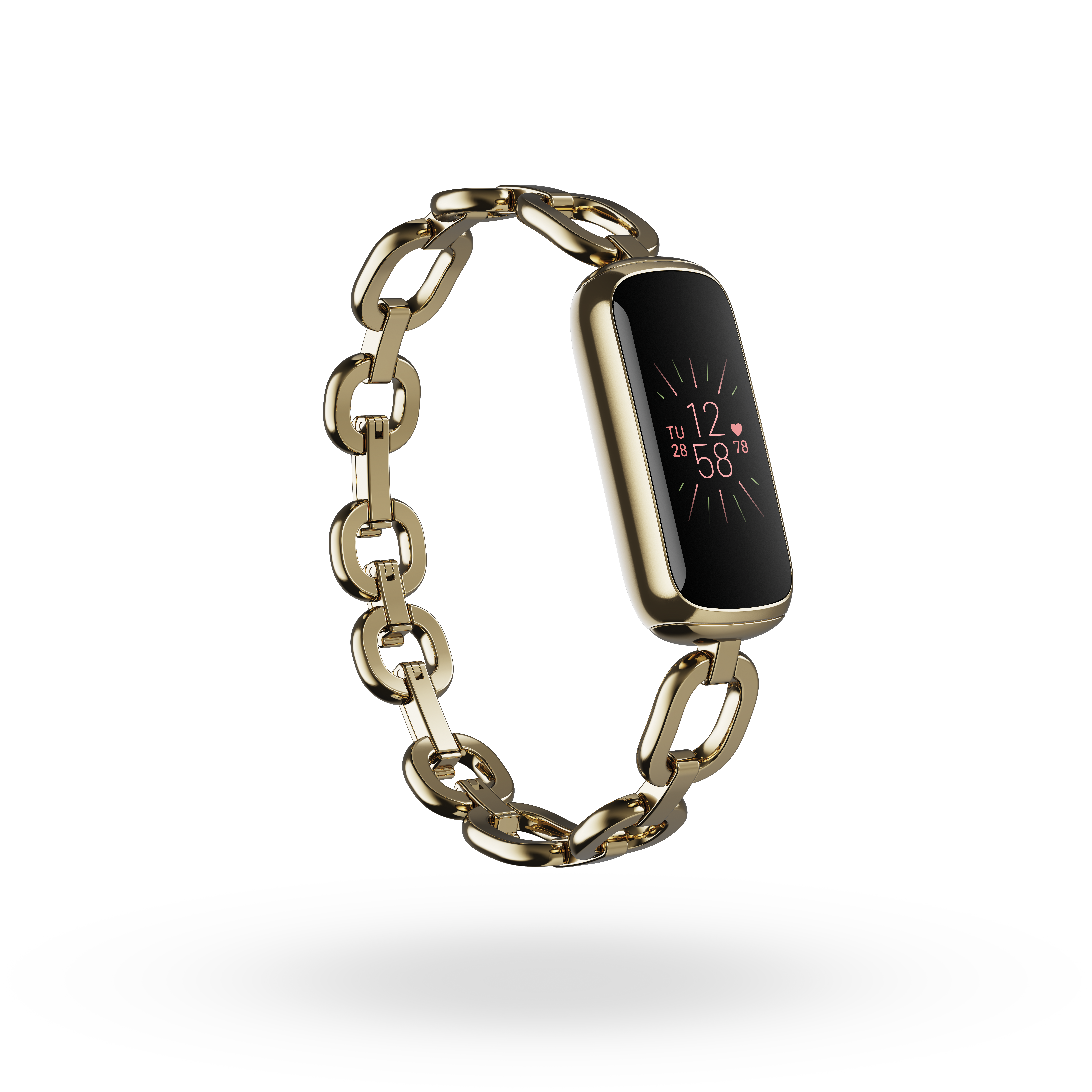 The decision to launch a graphite version also came from Fitbit research. While a lot of the brand’s imagery tends to focus on women, it surprisingly discovered that it had fans among men who value discreteness as well as stylishness.

But ultimately, it was COVID-19 that drove the product to market.

“Over the past year, we’ve had to think differently about our health — from keeping an eye out for possible COVID-19 symptoms to managing the ongoing stress and anxiety of today’s world. Even though we are starting to see positive changes, it has never been more important to manage your holistic health,” James Park, vice president, general manager and cofounder of Fitbit, said in a statement. “That’s why we’ve been resolute in introducing products to support you in staying mentally well and physically active.” 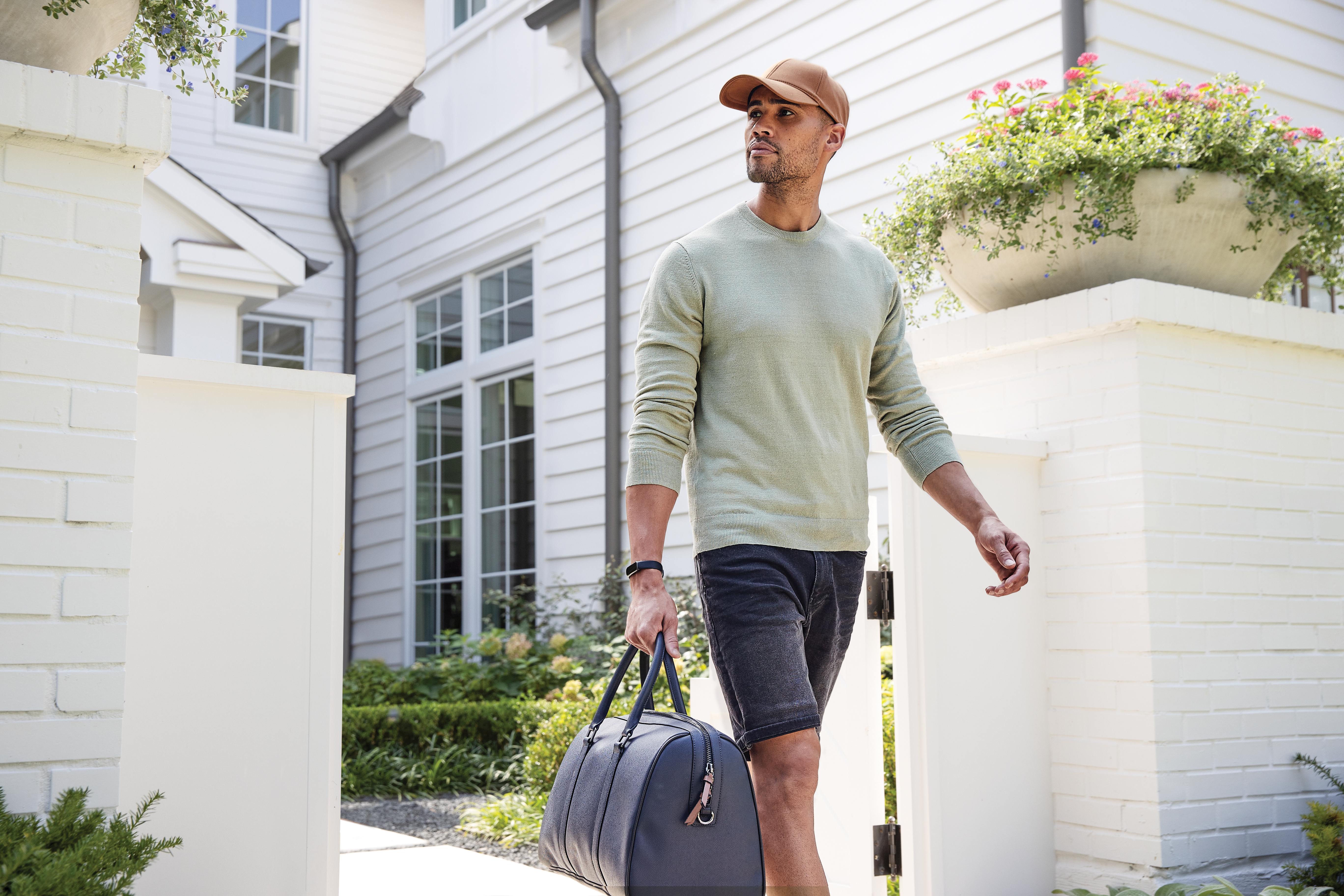 The company wants to support holistic health and fitness for everyone, including men. Courtesy photo

As Swift put it, “Health just wasn’t something that people were thinking about long-term. It became every day, and things like self-care, mental health and resilience became more a part of the daily dialogue. And so we really doubled down, as COVID-19 was anchoring.

“We were able to meet the consumer where they were — so focusing on stress management, and focusing on health, in terms of health metrics — we were really bringing those types of features to the forefront,” she added. “It was the right time, the right place and was real for consumers.”