SAN FRANCISCO (Reuters) – The U.S. economy is headed for a return to growth in the second half of the year after a steep decline this quarter, Dallas Federal Reserve Bank President Robert Kaplan said on Wednesday. 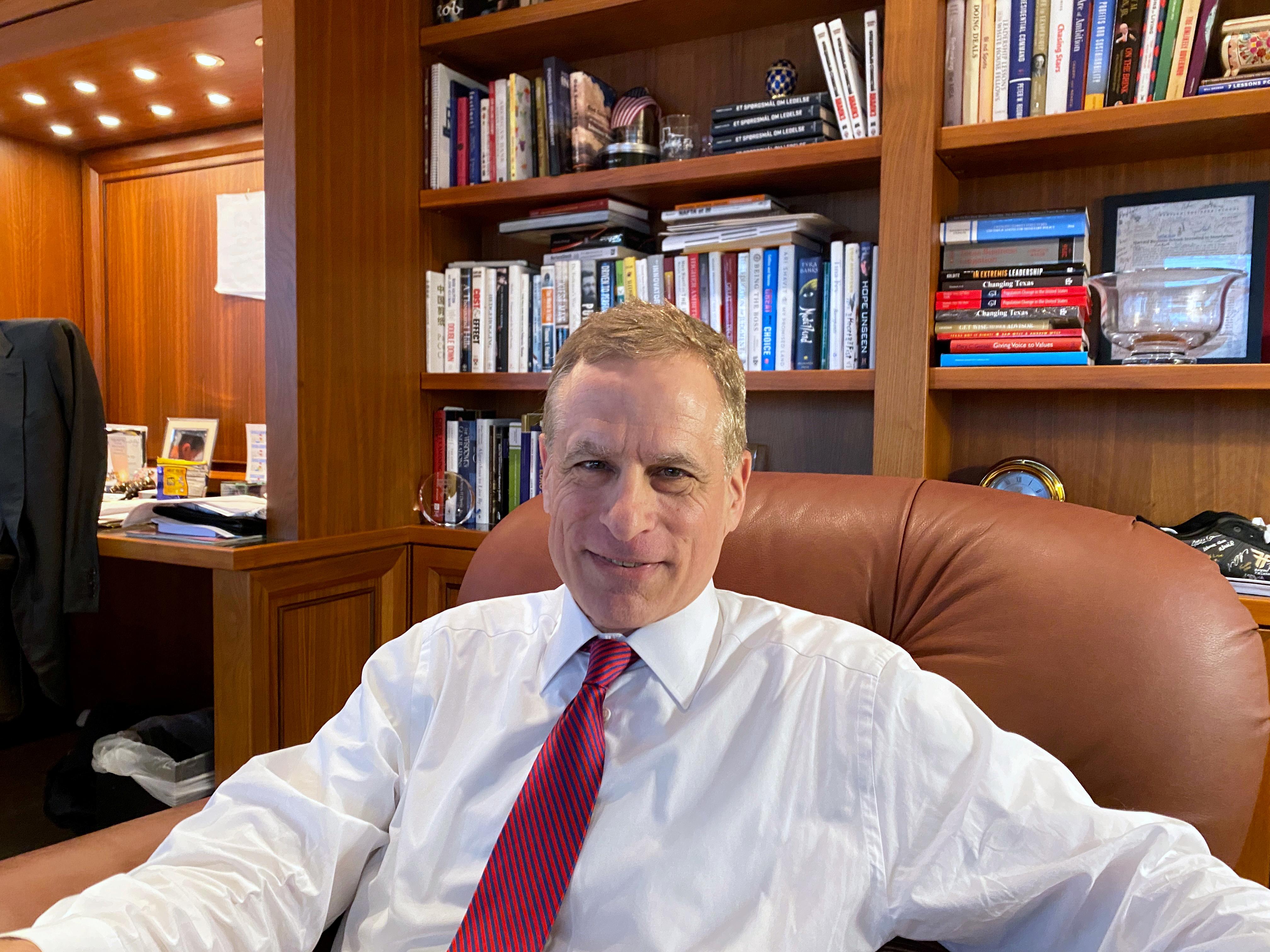 But even after infections of the coronavirus crest and the economy begins to reopen, he said, consumers may not spend as freely as before the crisis, not only because of worries about their health if they shop or dine out, but also because of concerns about their jobs and their savings.

Their caution will mute the strength of the rebound and leave the world’s largest economy about 4% to 5% smaller at the end of 2020 than it was at the end of last year, he said.

“Because of the shock of this… will consumer behavior just be more cautious?” Kaplan said in a phone interview with Reuters. “It’s not just the safety concerns… it’s also financial and potentially job insecurity which might cause them to save more and spend less.”

Kaplan said he expects the unemployment rate to rise to the low to mid-teens before falling to 7% to 8% by year’s end, but then for it to take much of next year to fall further.

Businesses will need access to coronavirus testing in order to reopen, he said, and will likely bring back workers in phases. Operations will become more expensive for many as they put more physical distance between workers to safeguard health.

“The issue is, what percentage of capacity are we operating at, in the third quarter and in the fourth quarter,” he said.

The Fed has unleashed an unprecedented array of aid — from zero interest rates to unlimited bond buying to backstops for a large swath of financial markets — to cushion the blow from the pandemic and put the economy in a stronger position once the virus is contained.

The U.S. central bank is also continuing to work on several other promised programs, including two that would backstop lending to small businesses hit particularly hard in the crisis.

Asked if there is still more the Fed will do, Kaplan said, “I would say, stay tuned.”