WASHINGTON (Reuters) – The U.S. Federal Reserve opened the taps on Thursday for central banks in nine additional countries to access dollars in hopes of preventing the coronavirus epidemic from causing a global economic rout. 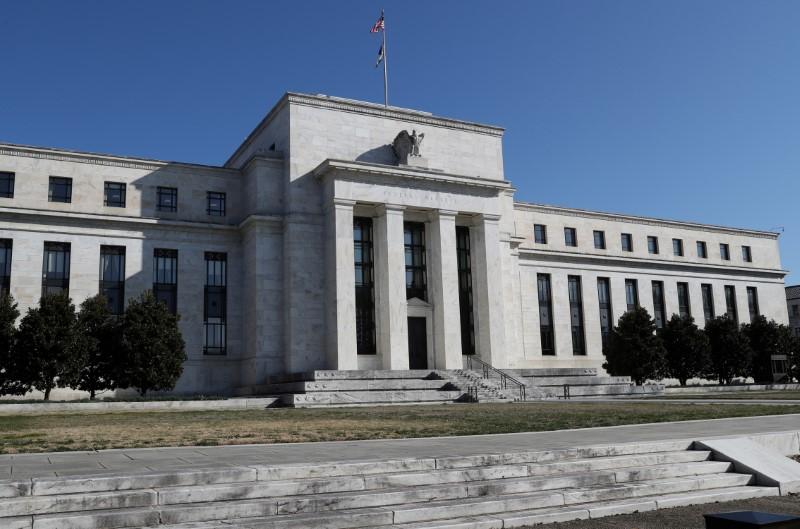 The Fed said the swaps, in which the Fed accepts other currencies in exchange for dollars, will for at least the next six months allow the central banks of Australia, Brazil, South Korea, Mexico, Singapore, Sweden, Denmark, Norway and New Zealand to tap up to a combined total of $450 billion, money to ensure the world’s dollar-dependent financial system continues to function.

Those countries were given swap lines during the 2007 to 2009 crisis, and the Fed has permanent swap arrangements with the Bank of Canada, the Bank of England, the Bank of Japan, the European Central Bank, and the Swiss National Bank.

The new swap lines “like those already established between the Federal Reserve and other central banks, are designed to help lessen strains in global U.S. dollar funding markets, thereby mitigating the effects of these strains on the supply of credit to households and businesses, both domestically and abroad,” the Fed said in a statement.

The central banks of South Korea, Singapore, Mexico and Sweden all said in separate statements they intended to use them.

It is the latest in a series of emergency steps the Fed has taken since Sunday to try to limit the economic harm from a health crisis that is forcing large parts of the global economy to shut down in rapid fashion.

“We have had some pretty bold moves by the Fed in the last week or two and most of them have had a very short-lived impact on the market so hopefully this one will help,” said Randy Frederick, vice president of trading and derivatives at Charles Schwab in Austin, Texas.

The virus has infected more than 200,000 people globally, but may just be in its early stages in the United States. It has prompted governments around the world to order businesses to close and restrict movements of whole populations to limit its spread.

Dollars have been in huge demand – and tight supply – in markets outside U.S. borders as banks, companies and governments scramble to secure them to service the dollar-denominated debts many have accumulated. That has sent dollar-funding costs spiraling and has led to a historic run-up in the dollar’s value against other currencies. The dollar index =USD has gained more than 7% in eight sessions, a run not seen since the early 1990s. Several of the currencies targeted by the new swap lines saw immediate relief from the Fed’s action.

The Mexican peso MXN= and Australian AUD= and New Zealand NZD= dollars all gained more than 1% after the announcement. The peso had been at a record low, while the Aussie and Kiwi had been at their lowest levels in a decade or more.

Economists anticipate a dramatic hit to world economic output in coming weeks, and much of the Fed’s effort has been to keep credit flowing so households and firms can prevent what is hoped to be a temporary collapse of wages and income from triggering waves of bankruptcies, loan defaults, and business failures.

That goes for foreign markets as well, as the U.S. dollar functions as the world’s reserve currency, involved in nearly 90% of all foreign exchange trades last year, according to the Bank for International Settlements.

Many foreign companies and institutions also borrow in dollars, and economists worry that a sudden stop in the flow of funds to foreign economies could leave them unable to re-fund debts or get new loans.

U.S. dollar credit to non-bank borrowers outside the United States grew by 4% year-on-year at end-June 2019 to reach $11.9 trillion, according to the BIS.