OAKLAND, Calif. (Reuters) – Each day, employees at Farley’s East cafe in Oakland, California fix about 200 turkey, ham and egg salad sandwich lunch plates to be distributed free to the homeless, hungry school-age kids, medical professionals at Covid-19 testing sites, and others in need. 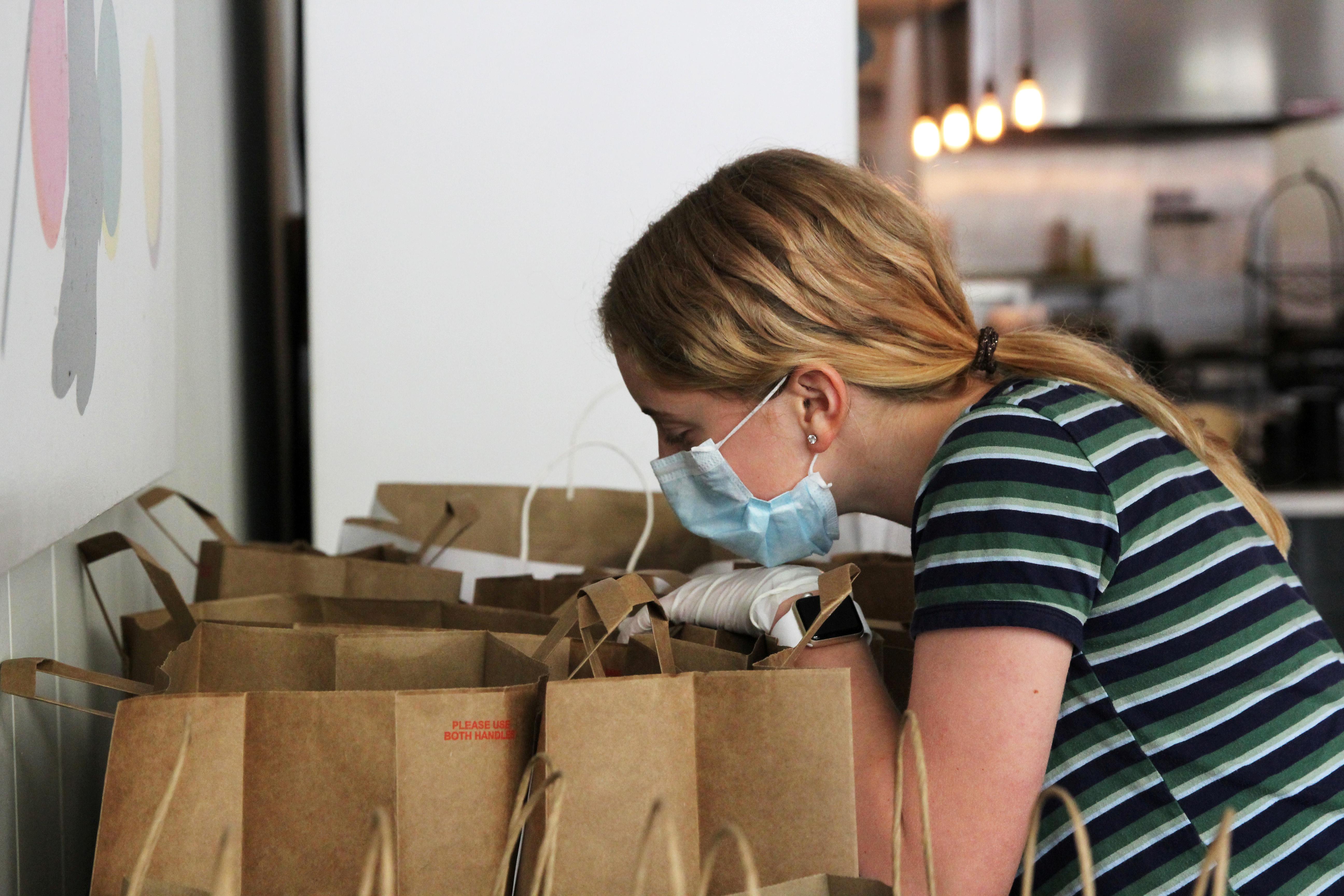 It’s a community lifeline as new coronavirus cases and unemployment continue in the Bay Area, leaving parents struggling to feed their families and the unsheltered facing even more uncertainty.

Funded in the San Francisco Bay area through donors like Golden State Warriors’ Stephen Curry and wife Ayesha, and Twitter CEO Jack Dorsey, the program is expected to continue through the summer.

It’s also a big reason the cafe, which more typically trades in $4.50 lattes and $12.95 whole health protein bowls, is still in business. Reuters has been following the cafe since mid-March, when it closed after the Bay Area imposed the nation’s first regional stay-at-home order.

Downtown Oakland office buildings are still empty because many of the city’s corporate workers are doing their jobs at home, and others have joined the surging ranks of the metro region’s more than 300,000 unemployed. Since the eatery reopened in late April, sales to individual customers are about 30% of its pre-crisis norm, says co-owner Chris Hillyard.

But the lunch order from World Central Kitchen (WCK), a Washington DC-based nonprofit that has organized community food giveaways with 2,000 restaurants nationally since the pandemic began, adds back another 30%.

“It’s a huge help being able to do these meals,” Hillyard says. The World Central Kitchen has spent $55 million on its program since it began in March. Without the extra income, Hillyard said, “we’d be thinking about closing – we would be going into debt without it.”

In Oakland, WCK is ordering from 100 restaurants including Farley’s, injecting $700,000 weekly into the local economy, according to WCK’s CEO Nate Mook. Plans call for expanding to another 100 local eateries.

Farley’s East has had other help as well. In April, the cafe received a $221,000 payroll protection loan, one of 4.7 million distributed in a $660 billion program created by Congress in late March. The money helps pay for the 16 employees Hillyard has rehired, as well as rent and some other overhead charges.

Recent changes to the terms of program give the cafe six months rather than eight weeks to spend the money.

California’s reopening after the shutdowns imposed in March has meant a return of some economic activity, but also a rise in infections. Reuters is chronicling the journey of several small businesses owners around the U.S. as they navigate the pandemic.

Despite the uncertainty, Hillyard says he’s found a measure of stability,

“Right now we are kind of wait and see,” Hillyard says. If employees of Kaiser Permanente, Xirius XM’s Pandora and other firms return to their nearby offices, “we are going to be okay.”

But “if things aren’t changing come the fall, then we’ll have to reassess things and think about what major changes we have to make,” Hillyard says. “We need customers – no amount of grants or loans is going to save us.”