CHICAGO/WASHINGTON (Reuters) – Delta Air Lines may be able to avoid involuntary furloughs in the fall after receiving interest from more than 15,000 employees for early buyout packages, one person with knowledge of the matter said, even as other U.S. airlines are sounding the alarm on jobs. 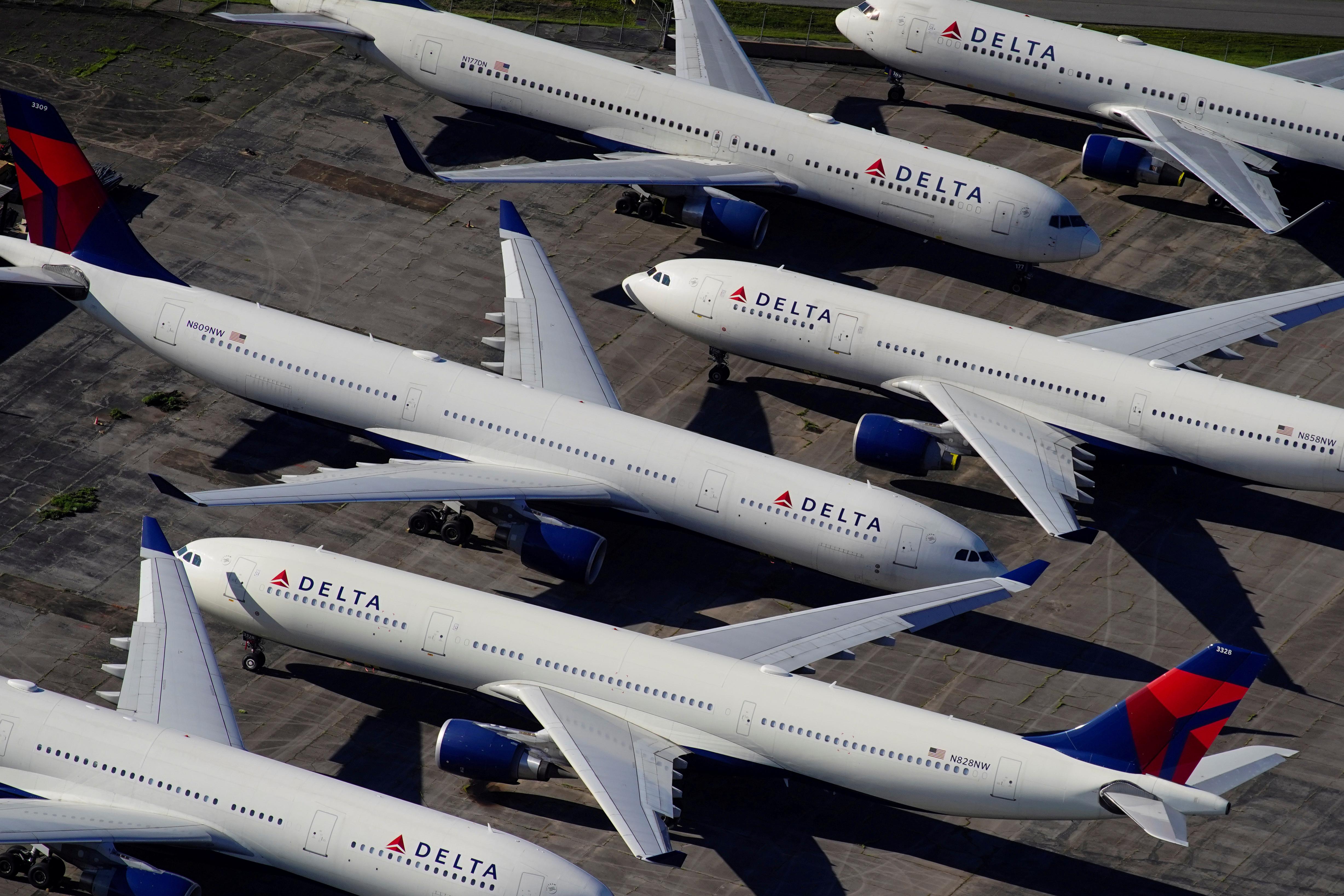 Atlanta-based Delta is among large U.S. airlines that have been trying to encourage workers to leave voluntarily before a government ban on forced job cuts expires on Sept. 30, when they warn they must shrink given depressed demand in the coronavirus pandemic.

The deadline for most Delta employees to accept early departure or early retirement packages was Monday.

Delta, which is due to present second-quarter results on Tuesday, declined to comment.

Because labor contracts require airlines to furlough in reverse order of seniority, those that can encourage more senior people to leave could have generally lower labor costs as they brace for a slow rebound.

Other U.S. airlines have warned that furloughs are likely, with United Airlines sending warnings to about 45% of its frontline workers last week.

Southwest Airlines Chief Executive Gary Kelly told employees on Monday that he was concerned about the impact of a recent rise in COVID-19 cases and quarantines on already-weak travel demand and said passenger numbers would need to triple by the end of the year to prevent job cuts.

“Although furloughs and layoffs remain our very last resort, we can’t rule them out as a possibility obviously in this very bad environment,” Kelly said in a message to employees reviewed by Reuters. He added that a spike in cases and travel restrictions “aren’t positive developments for our business, and we are concerned about the impact on already weak travel demand.”

Southwest and United employees have until July 15 to apply for early exits.

According to labor rules, airlines must give employees 60 days’ notice of potential furloughs. Not everyone who receives a notification will be let go.

Airlines are grappling with overstaffing and burning millions of dollars of cash each day, even as they face pressure to limit passengers on flights to allow for social distancing.

JetBlue Airways Corp said Monday it will extend blocking middle seats on larger airplanes and aisle seats on smaller aircraft for flights through Sept. 8. American and United are again booking flights to capacity, but informing customers if their flights will be full.