Travellers risk being left “at the mercy of rogue operators” after an investigation highlighted “serious problems” with the government’s list of coronavirus test providers.

Consumer group Which? found a number of the tests listed online turned out to be much more expensive than their listings suggested, while others were unobtainable.

People arriving in the UK from a country in the amber tier under the traffic light system are required to have pre-booked two post-arrival PCR tests to be taken on days two and eight.

Analysis of the three cheapest listings on 25 May found prices ranged from £60 to £79.99, but it transpired that those prices related to single tests.

Which? also found firms listed on the government’s website which were not even offering testing services at that time.

The consumer group claimed its investigation demonstrates “serious flaws” with the current system.

Rory Boland, editor of magazine Which? Travel, said: “Weeks on from some international travel being allowed to resume, it’s very concerning to still be uncovering such serious problems with the government’s testing system for travellers – problems that could have easily been ironed out well ahead of travel restarting, had proper regulatory oversight been ensured early on.

“As it stands, travellers risk being left at the mercy of rogue operators who, at best, attempt to profiteer off of those looking for testing services to allow them to travel, and, at worst, risk leaving them out of pocket for services that don’t even exist. 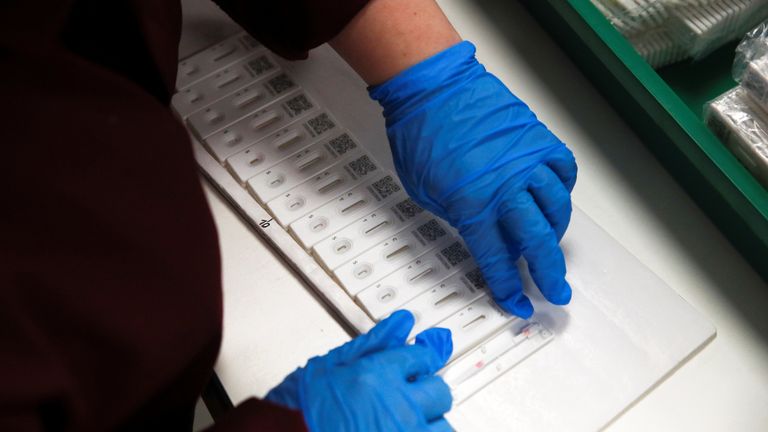 “The government needs to urgently sort out these problems before mass travel resumes, or it will create chaos for travellers who have to rely on the system.”

In response, a spokesman for the Department of Health and Social Care (DHSC) said: “Providers who do not meet the minimum standards set by DHSC and reviewed by the independent United Kingdom Accreditation Service, or where our monitoring highlights concerns about their customer service performance, are removed from the gov.uk travel test list.

“Additionally, providers may not appear on the list where they are temporarily out of stock.”