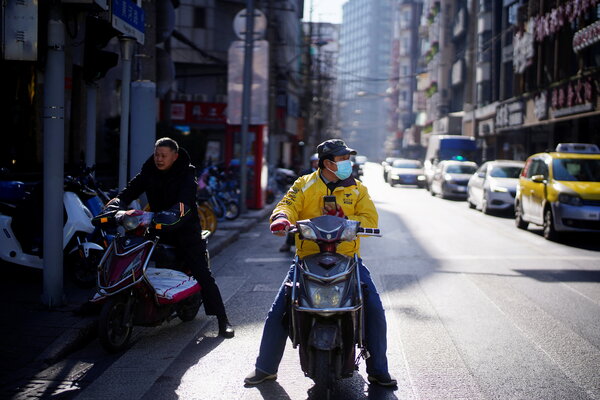 China’s fast-moving campaign to rein in its internet giants is continuing apace with an antitrust investigation into Meituan, a leading food-delivery app.

The investigation, which the country’s market regulator announced with a terse, one-line statement on Monday, focuses on reports that the company blocked restaurants and other merchants on its platform from selling on rival food-delivery sites.

Earlier this month, the regulator imposed a record $2.8 billion fine on the e-commerce titan Alibaba for exclusivity requirements of this sort. In a statement on Chinese social media, Meituan said that it would cooperate with the authorities and that its operations were continuing as usual.

Meituan is a powerhouse in China. It made more than 27 million food-delivery transactions a day last year and reported around $18 billion in revenue, making it larger than Uber by sales. Meituan’s main rival in takeout delivery in China is Ele.me, a service owned by Alibaba.

Alibaba has been an early major target in China’s efforts to curb what officials describe as unfair competitive practices in the internet industry. But Beijing has made clear that it will be keeping a much closer eye on all of the sector’s biggest and richest companies.

Meituan was one of 34 Chinese internet firms that were summoned to meet with the antitrust authority this month. The following day, the regulator began publishing on its website statements from the companies, Meituan included, in which they vowed to obey laws and regulations.