The troubled jet resumed flying commercially in the United States late last year. But Boeing asked some airlines last month to stop flying some planes because of a potential electrical problem. 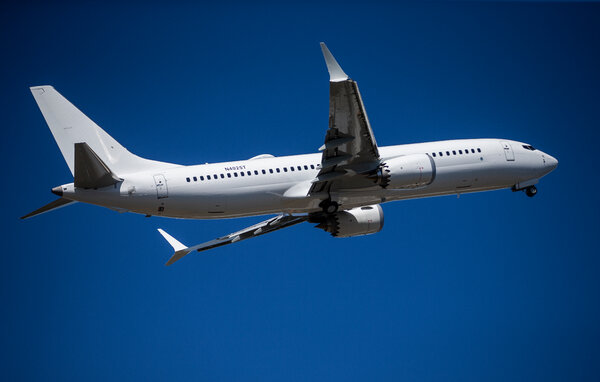 Boeing said late on Wednesday that it had received approval from the U.S. aviation authorities for proposed fixes to an electrical problem that grounded a portion of its troubled 737 Max fleet for more than a month.

The 737 Max plane was initially grounded in March 2019 after a pair of crashes, separated by months, in Indonesia and Ethiopia. In November 2020, the U.S. Federal Aviation Administration cleared the fleet to fly again provided that Boeing and airlines updated the Max’s flight control software and rerouted some electrical wiring, among other changes.

In December, the plane carried paying passengers in the United States for the first time since the crashes. But last month, Boeing said it had notified 16 airlines and other customers of a potential electrical problem with the Max and recommended that they temporarily stop flying some planes.

Boeing and the F.A.A. said last month that the latest electrical issue was unrelated to the 2019 grounding directive.

In late April, the regulator said in a notice that the electrical power systems on a new 737 Max 8 airplane “did not perform as expected” during routine tests before it delivered to an airline. It said the same issue affected certain models of the 737 Max 8 and the 737 Max 9.

Specifically, the notice, known as an airworthiness directive, said that design changes to support panels in the Max’s flight deck, or cockpit, had resulted in “insufficient electrical grounding of installed equipment.”

The problem could have resulted in loss of critical functions and other problems on the flight deck, the notice said. It directed Boeing to send comments about proposed modifications by mid-June.

Boeing said in a brief statement on Wednesday that it had received final approval from the regulator for the proposed modifications and issued “service bulletins for the affected fleet.” Airline manufacturers typically issue service bulletins to notify a plane’s owner about a change or improvement in a component.

Boeing also said airlines were preparing to return the affected jets to service and that it planned to resume deliveries of the plane. The company did not provide a timeline or further details.

The company had declined to say last month how many planes were affected by the latest electrical problem, but four U.S. airlines said that they would stop using some Max jets. The regulator said in its directive that Boeing would need to fix 71 of its U.S.-registered planes.

News of the F.A.A.’s approving Boeing’s proposed electrical fix was reported by The Wall Street Journal earlier on Thursday. The newspaper said that 109 jets, or about a quarter of the global 737 Max fleet, would be able to resume passenger service after the fix was completed.

In January, Boeing agreed to pay more than $2.5 billion in a legal settlement with the Justice Department stemming from the 737 Max debacle. The agreement resolved a criminal charge that had centered on the actions of two employees who withheld information from the F.A.A. about changes made to software that was later implicated in both crashes.