Governors, mayors and county executives have pleaded for federal aid before the end of the year. Congressional Republicans have scorned such assistance, with the Senate majority leader, Mitch McConnell of Kentucky, calling it a “blue-state bailout.”

But it turns out this budget crisis is colorblind. Six of the seven states that are expected to suffer the biggest revenue declines over the next two years are red — states led by Republican governors and won by President Trump this year, according to a report from Moody’s Analytics.

Those on the front lines agree. “I don’t think it’s a red-state, blue-state issue,” said Brian Sigritz, director of state fiscal studies at the National Association of State Budget Officers. The National Governors Association’s top officials — Andrew M. Cuomo of New York, a Democrat, and Asa Hutchinson of Arkansas, a Republican — issued a statement this fall saying, “This is a national problem, and it demands a bipartisan and national solution.”

Efforts to forge a new stimulus bill gained momentum this week with a $900 billion proposal — offered by a bipartisan group of legislators and endorsed by Democratic leaders — that includes $160 billion for state, local and tribal governments. While short of plugging the widening fiscal gaps, such a sum would provide welcome relief. But the Republican leadership shows no sign of coming around on state and local aid.

In reality, the degree of financial distress turns less on which party controls a statehouse or a city hall than on the number of Covid-19 cases, the kinds of businesses undergirding a state’s economy, and its tax structure.

Wyoming, Alaska and North Dakota, Republican-led states that depend on energy-related taxes, have been walloped by the sharp decline in oil prices. Places where tourism provides a large infusion of revenues, like Florida and Nevada, face revenue declines of 10 percent or more, as does Louisiana, which relies on both tourism and energy.

Elsewhere, the steep falloff in sales and income taxes — which on average account for roughly two-thirds of a state’s revenue, according to the Pew Charitable Trusts — is forcing Republican and Democratic officials to consider laying off police officers, reducing childhood vaccinations and closing libraries, parks and drug treatment centers.

Even the most optimistic assumptions about the course of the pandemic point to fiscal consequences for states and local governments that “would be the worst since the Great Depression” and take years to dig out of, Dan White, director of fiscal policy research at Moody’s Analytics, concluded. 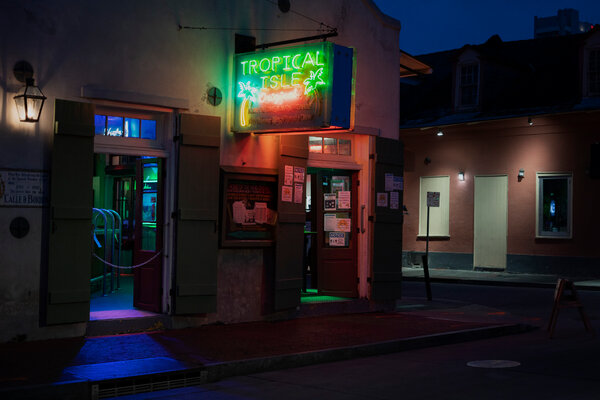 The squeeze at the state level reverberates in urban, suburban and rural counties in nearly every corner of the United States, and officials are making piercing choices.

In Casper, Wyo., someone from the district attorney’s office walks around the block to the Circuit Court building each week and fetches a large plastic garbage bag full of discarded paper clips to reuse.

The brief journey is just one way that the prosecutor, Dan Itzen, is cutting costs. He has also stopped prosecuting 17 types of misdemeanors — including assault and battery, first-time drunken driving, shoplifting, check fraud and property damage.

“Something had to give,” said Mr. Itzen, who handles about one-third of Wyoming’s criminal caseload and gets his funding from the state. “If I’m losing personnel, I cannot continue to prosecute as many cases.”

In Kansas City, Mo., with a municipal budget of $1.7 billion, the city manager has asked each department to draft a plan for cuts of more than 11 percent. That could mean laying off 200 police officers from the 1,300-member force and 180 firefighters and emergency medical technicians, said Dan Fowler, a City Council member.

“This is one of the things that keeps me up at night,” Mr. Fowler said, thinking about the impact on the city’s half a million residents. Such cuts could end up closing one or two police stations, even though crime is rising, he said.

Emergency response times are already slow, Mr. Fowler said, so even though he lives near a hospital, “if I have a heart attack, I’ll just crawl over there.”

From collecting garbage to issuing building permits, maintaining parks to fixing potholes, “everything’s going to slow down because we’re not going to have the people to do it,” he explained. A traffic study of a street in his district with a heavy accident toll has been delayed.

In New Orleans, Democratic city leaders are going through a similarly painful process, shrinking next fiscal year’s general fund by $92 million, down to $634 million.

To avoid layoffs, the city is cutting the pay of higher-level employees by 10 percent and requiring most other employees, including police officers, firefighters and emergency responders, to take 26 unpaid furlough days — one every two weeks — next year. The move amounts to a 10 percent pay cut, and comes on top of six furlough days imposed on the city’s roughly 4,000 employees through the end of this year.

On any given day, that will mean fewer people available to drive buses, respond to emergency calls or pick up trash.

“We are at the marrow,” said Gilbert Montaño, the city’s chief administrative officer. Every agency on average took a 21 percent cut on top of what they were already facing.

New Orleans, like most cities and localities, spends the bulk of its budget on its employees, which makes it nearly impossible to reduce spending without reducing the hours that people work. 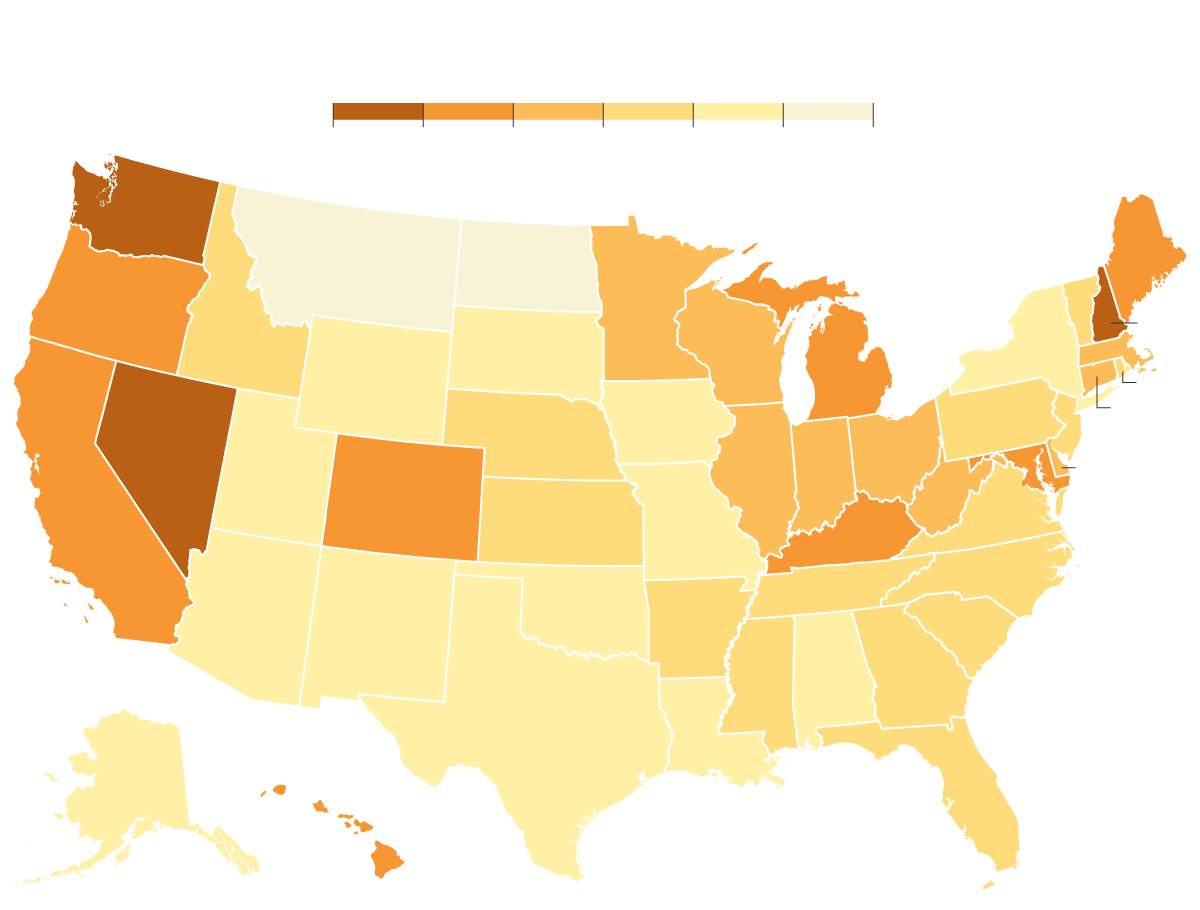 Percentage change in number of jobs, Feb. to Oct. 2020 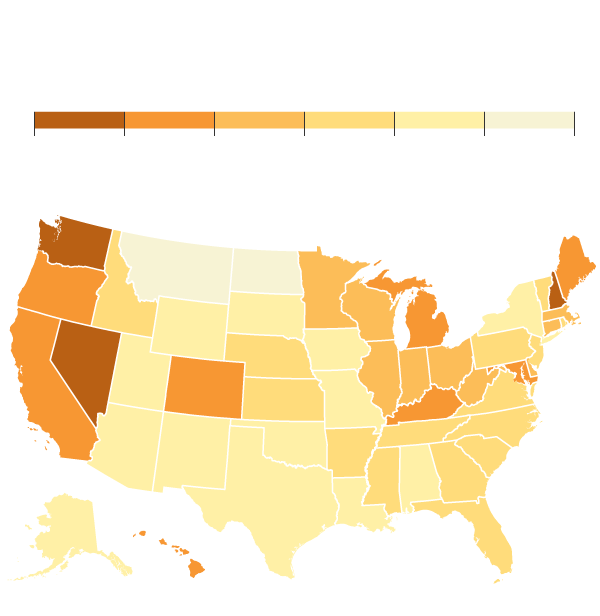 Percentage change in number of jobs, Feb. to Oct. 2020

State and local employees make up roughly 13 percent of the nation’s work force. For women and Black workers, in particular, the public sector has historically offered more opportunities than the private sector for a stable income and reliable benefits.

“These are folks that are providing essential public services every single day, risking their lives,” said Lee Saunders, president of the American Federation of State, County and Municipal Employees, “and now there’s a good possibility that many are going to be faced with a pink slip.”

So far, an overwhelming majority of state and local job losses have been in education. Though many of the layoffs have been characterized as temporary, educators and parents worry that they could become permanent. In a new survey of mayors, 45 percent said they expected “dramatic” cuts for their school budgets.

Most states managed to hobble along until the summer, a typical endpoint to the fiscal year. There had been strong growth before the pandemic struck in March, and the $2.2 trillion CARES Act, which Congress passed in early spring, kept many households afloat. In spots, the extra federal money could be used to cover some state and local pandemic-related expenses in health care and education.

Both of those cushions are fading. In most places, the 2020-21 fiscal year will play out in the shadow of the pandemic and a stumbling economy. And federal emergency money for extended unemployment benefits that has helped families meet housing and food expenses expires at the end of December, putting even greater demand on public services.

Jerome H. Powell, the chair of the Federal Reserve, and many economists have warned that reducing state and local spending will further drag down a weak recovery, as it did after the Great Recession. Spending by state and local governments accounted for about 15 percent of the nation’s economic activity, according to the Bureau of Economic Analysis, part of the Commerce Department.

While the federal government can run budget deficits to cover both regular and unexpected expenses, states generally cannot.

In Wyoming, Mark Gordon, the Republican governor, acknowledged the fallout on the economy after announcing a new round of cuts for the coming fiscal year. He said 160 private-sector jobs depended on every 100 state employees, who spend money on haircuts, children's sports and restaurants.

Although Wyoming is facing one of the worst budget shocks, it also has one of the biggest rainy-day funds, which states built up after the last recession to help weather downturns. Several states — including Louisiana, Nevada, New York and Illinois — have little or nothing left in reserve.

Even so, Wyoming’s governor has said he doesn’t want to burn through the state’s safety net with years of hard times potentially lying ahead. The fund may also be needed to plug an additional $300 million deficit related to the state’s public schools. So Mr. Gordon has proposed cutting programs dealing with childhood vaccinations, substance abuse and mental health.

Meg Wiehe, deputy executive director of the Institute on Taxation and Economic Policy, said Wyoming at least was dealing with the painful reality.

“The bigger kind of cuts that will resonate with people are all going to come to a head in the early part of next year,” Ms. Wiehe said. “We’re staring down some deep and very devastating cuts.”