Advocates for impact investments have long made the case that investments can do social good without sacrificing returns.

And then there are the wealthy philanthropists who give money to nonprofit organizations trying to bring about social change without expecting any financial return.

But there is a middle ground for investors — a little more impact for a little less return. It has been the third rail of socially responsible investing, though, mainly because impact investors fear that such an approach could embolden critics who have long warned that investors will get lower returns if they want to push for change.

Now, a new study by the Bridgespan Group, the philanthropic consulting arm of Bain Capital, argues that this is the moment to put more money, time and energy into a middle ground, which it calls impact-first investing. The report, “Back to the Frontier: Investing That Puts Impact First,” which is set to be released on Monday, focuses on investments that consider positive impact first and financial return second. It makes the case for how such investments can boost emerging technologies faster than grants or traditional impact investments. These investments, the report says, can help create new markets.

“It doesn’t have to be just return-seeking or just philanthropy,” said Michael Etzel, co-head of the impact investing practice at Bridgespan and the lead author of the report. “You can use that tool that sits in the middle.”

Mr. Etzel said he saw this approach as a way to speed up getting to a solution by backing new technologies or creating markets that could later support more traditional impact investments.

“Success is about the social and environmental impact you care about and getting to it faster rather than looking at your overall portfolio and net worth,.” he said.

One example of how this would work is the investment strategy of Ceniarth, which is focusing on using its funds to bring about major changes. Ceniarth, with $450 million, was set up by Diane Isenberg, whose wealth derives from Nabors Industries, the oil and gas drilling company created by her father, Eugene. Its impact-first investments are considered high risk without the commensurate rate of return for the risk being taken, though they are still likely to pay back something.

“Our segment is working on livelihoods in marginalized and vulnerable communities globally,” said Greg Neichin, the director of Ceniarth. “We’re trying to improve economic livelihoods by addressing issues of poverty around the world.”

One investment it made was in the One Acre Fund, which provides loans so small farmers in Africa can buy better seed and fertilizer and get agronomic training.

“When we think about the things for us that are successful, it’s a combination of delivering economic benefit to recipients and having the capacity to scale an idea,” Mr. Neichin said. 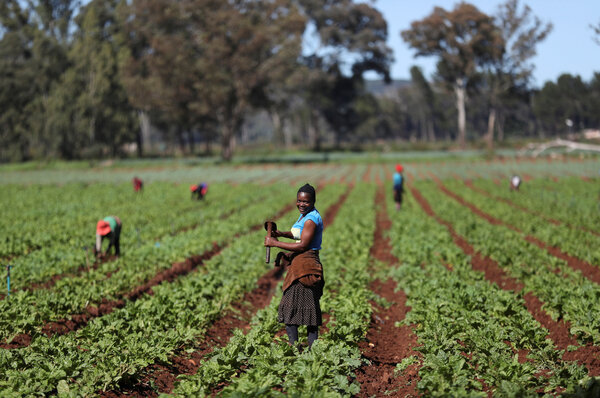 Credit for devising this middle ground often goes to the Omidyar Network, which the eBay founder Pierre Omidyar and his wife, Pam, created as both a foundation and an impact investment firm. Matt Bannick, its former managing partner, said Mr. Omidyar had been hesitant at first to blur the lines.

Instead, Mr. Bannick said, they focused on creating new markets. One example was d.light, which provided solar-powered lanterns to replace more dangerous kerosene lanterns in Africa.

“We found when we loosened the constraint of financial returns, then the focus became even more about impact,” said Mr. Bannick, who is a co-author of the Bridgespan report. “If you’re getting 5 percent less on the return, then what are you going to get on the impact? Let’s be more explicit about the intended impact here.”

The middle-ground approach is not without critics.

One issue is that while the wealthy can take such risks for a low return, most investors cannot. Nor would investors in many of the typical impact funds be willing to accept lower returns for riskier investments.

Getting a market-rate return is something impact investors are comfortable with, but a lower return makes it harder to attract enough investors, said Trenton Allen, managing director and chief executive of Sustainable Capital Advisors. “It’s not impossible,” he said. “But you’re narrowing the number of investors you have access to.”

“Impact investing is a big tent and should be a big tent,” said Nancy Pfund, managing partner at DBL Partners, an impact venture capital fund. “The challenge is, we shouldn’t muddy the waters and think impact-first is the only kind of investment. We also don’t want to step backward and deal with biases about returns that we have spent at least 10 years fighting.”

Even those who have taken the approach agree that it is a luxury.

“If the organizing priority is impact, that’s a privilege, but you have to have a deep tolerance for risk,” said Margot Kane, chief investment officer of Spring Point Partners, which is a social venture fund created by the Berwind family of Philadelphia, whose wealth dates to 19th-century coal mining.

For anyone considering taking the middle ground, here are the two key questions: How do you determine if an investment qualifies as impact first? And since impact, not return, is the primary motivation, how do you measure it?

“One of the things we ask ourselves when we’re doing due diligence on one of these projects is, ‘Is this a really great catalytic investment or a very bad market-rate investment?’” said Liesel Pritzker Simmons, co-founder and principal of Blue Haven Initiative and a member of the family whose wealth derives from Hyatt hotels.

“Honestly, it tends to come down to what is the problem they’re trying to solve and is the nature of that solution super-scalable or not?” she said.

Members of the Berwind family invested through Spring Point in a convertible bond from Greenprint Partners, which improves storm water drainage in low-income communities.

“They’re off to the races now, with more established lending partners now,” Ms. Kane said. “They graduated away from needing our support.”

That type of success is one measure of effectiveness. But it’s not always easy to measure the impact.

On climate issues, the accepted measurement is a ton of carbon dioxide or its equivalent, said Colin le Duc, a partner in Generation Investment Management, the impact-investing fund that former Vice President Al Gore co-founded.

“With climate, you can measure how much is removed from the environment each year,” he said. “Beyond climate, the units of measurement aren’t as well accepted. How do you measure a unit of biodiversity? No one knows that. Something like education or poverty alleviation — there isn’t an accepted measurement.”

At family foundations, the measurement can be something the family determines before making the investment. “We take a fairly light touch,” Ms. Pritzker Simmons said. “We want to know what the return is and what are the top three impact key performance indicators. One extra dimension is we look at with a catalytic investment is: Did it do what it said it was going to do, and did it scale?”

Sometimes that is fairly apparent. An example: Pula is an organization that connects small farmers all over Africa with crop insurance and uses data to evaluate the yields from small farms so that crop insurers will write policies.

It’s now working with 1.7 million farmers across 13 countries on the continent; those farmers have insurance for $600 million in agricultural investments, like the purchase of seeds and fertilizers.

Rose Goslinga, co-chief executive and founder of Pula, said impact-first investment was what made the business possible. “Last year, we balanced the books,” she said. “Coming from a more traditional development background, I was happy we didn’t make a loss.”