NEW YORK (Reuters) – Seen as a quintessentially safe bet for many Americans, the $3.8 trillion money-market fund industry is under severe duress for a second time in the past decade as investors weigh the risk of a global economic shutdown. 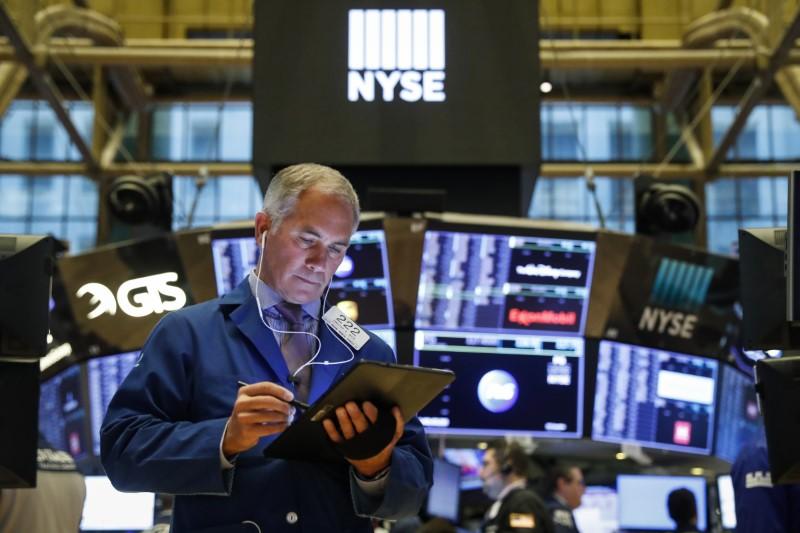 U.S. Treasury Secretary Stephen Mnuchin said the money market industry is “critical to Americans”. The U.S. Federal Reserve on Wednesday night rolled out its third emergency credit program in two days, announcing it would make loans to banks that offer as collateral assets purchased from money-market mutual funds. The Fed is dusting off the playbook it used during the 2007-2008 financial crisis, when it took the unprecedented step of backstopping the money fund industry.

The Fed’s moves should help alleviate concerns for some of the riskier funds. Here is how the industry is set up and where the riskier corners lie:

What is a money market fund?

Many see the money-market fund as the safest thing outside a bank deposit. Their assets are contained in heavily regulated mutual funds that typically invest in U.S. government debt, bank certificates of deposits and short-term corporate notes issued by blue-chip corporations. The low-yielding funds are seen as highly-secure and liquid, allowing customers easy access to their funds, even in times of market stress.

How big is the market?

Money market funds in the U.S. have a total of $3.85 trillion in assets. Total assets surged by $139 billion in the past week, with the majority of the money going into funds that own government bonds, according to research firm iMoneyNet.

Where are the majority of assets in the industry?

Are there any risks?

Government money-market funds mostly invest in U.S. Treasuries, minimizing risks at the expense of returns. Prime money market funds may also invest in corporate commercial paper, potentially boosting their yields but increasing credit risks. No assets in money market mutual funds qualify for FDIC deposit insurance, which protects up to $250,000 in cash and equivalents held in bank accounts, meaning there is the possibility of loss in all funds.

There have been heavy outflows from prime funds as investors assess the risk. In the past week, net withdrawals from institutional prime funds – a place where corporations park idle cash – totaled $53 billion, or 16% of assets, iMoneyNet reported.

BofA Securities’ Mark Cabana said in a research note on Thursday that the Fed’s actions reduces the risk of a run on prime money-market funds.

How has the steep decline in the U.S. equity market affected money market funds?

Companies in the hard-hit oil and gas sector, as well as consumer industries like travel and leisure, are finding it costlier to issue new short-term loans as investors assess how long they can weather a sustained economic downturn.

“The market is trying to figure out what the spread should be for a month, 6-months, 12-months from now, and there’s not a lot of volume undertaken at this point,” said Deborah Cunningham, chief investment officer global liquidity markets at Federated Hermes.

Money funds own a slice of the commercial paper market, which has been under stress as companies tap credit lines as their cash flow comes under pressure.

Money funds own about $325 billion of the $1 trillion commercial paper market, said Pete Crane, president of money fund research firm Crane Data LLC. Commercial paper makes up 8.5% of taxable money funds assets, Crane said. That is a much smaller slice than it was in 2008 but still substantial.

“In many cases a lot of people are recoiling because they are automatically looking at the crisis playbook and saying this is like 2008,” Crane said.

What happened to money market funds during the 2008 financial crisis?

A large money-market fund that was over-exposed to commercial paper issued by failed bank Lehman Brothers suffered a run on assets, forcing its net asset value to fall below $1, a term known as “breaking the buck.” As a result, the U.S. Securities and Exchange Commission instituted rules to prevent additional runs on money market funds that would hurt individual investors, including forcing many prime funds to post floating net asset values rather than maintaining a $1 share price. Funds are also able to institute redemption gates. This allows them to charge fees of up to 2% on withdrawals to prevent a run on assets.