AG is popping into Atlanta for the holidays.

The Los Angeles-based denim and knitwear brand has opened a 2,000-square-foot temporary pop-up store in Phipps Plaza, a luxury shopping mall in the Southern city’s trendy Buckhead neighborhood. The store, which opened on Nov. 15, is expected to remain in operation through the end of April.

The store will house more than 300 styles from the brand’s fall collection for men and women and will include the Made in Italy capsule, a collection of sweaters and outerwear created in Italy. Exclusive to the store is a commemorative tote created in collaboration with George F. Baker, colloquially known as GFB3, an Atlanta-based illustrator and muralist known for his playful design, illustration and production. The tote is available to Atlanta shoppers who make purchases in the store. 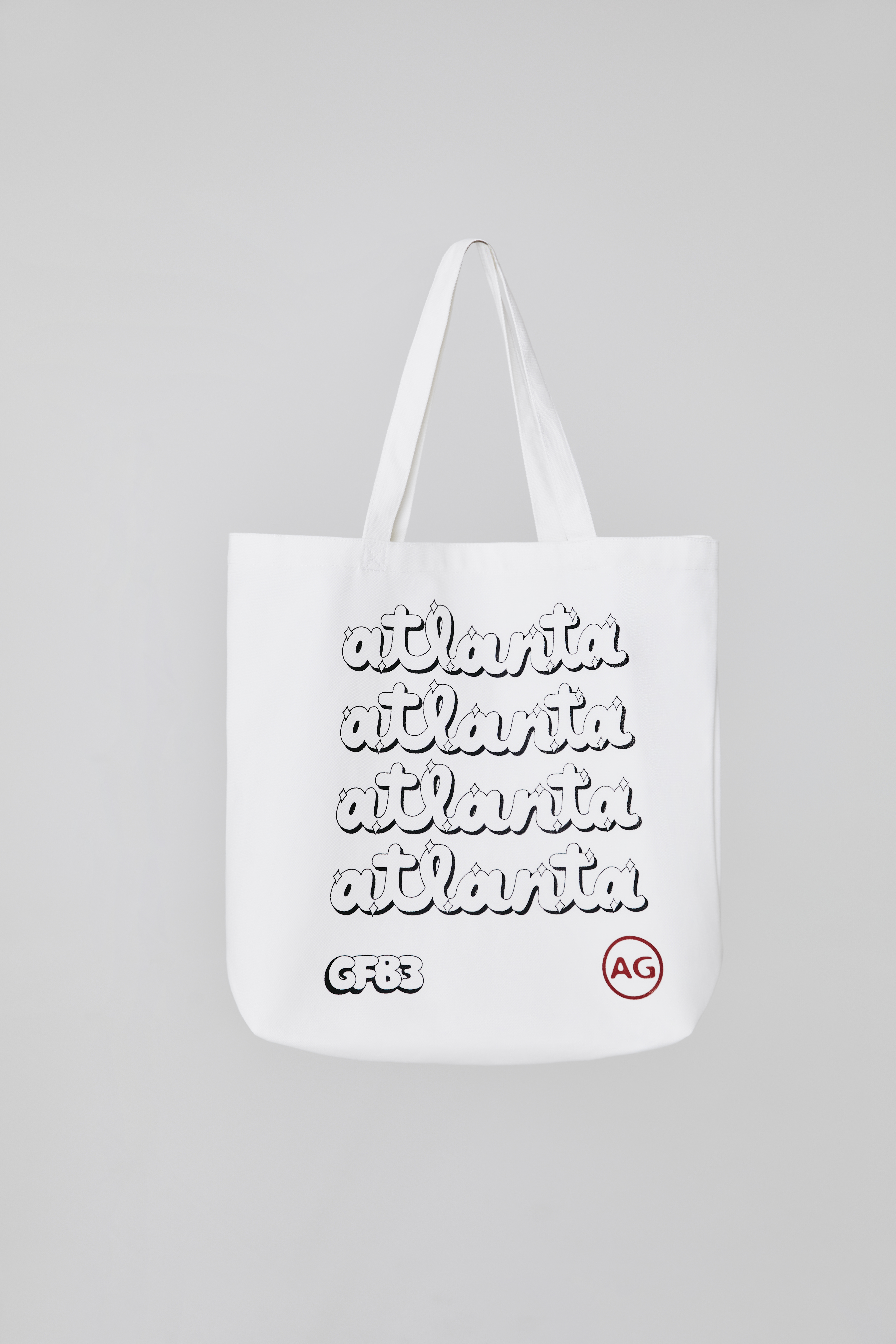 The tote bag is exclusive to the Atlanta pop-up.

For customers still a little leery of in-store shopping, the AG store will also offer curbside and in-store pickup, as well as the option to shop virtually through FaceTime or video screening. They can also schedule shopping appointments with AG stylists.

In terms of aesthetics, the store features the brand’s signature wood and brushed metal design details and includes a seven-foot-high AG logo in poplar wood at the front. The denim shelving, which is a signature of the merchandising in the brand’s other 15 stores, is included here as well. The denim for the displays is created at the company’s design studio in L.A.

“We understand that the consumer journey of today and tomorrow has multiple touchpoints and we are excited to expand on our physical retail presence in the city of Atlanta, which is full of denim enthusiasts — many of which are already familiar with our brand,” said Sid Dey, vice president of retail for AG.

While this store is just for the holidays, AG will open a new, permanent location in New York City in the spring on Madison Avenue and 78th Street. It will mark the fourth store in the city, joining locations in SoHo, Hudson Yards and the Upper West Side.