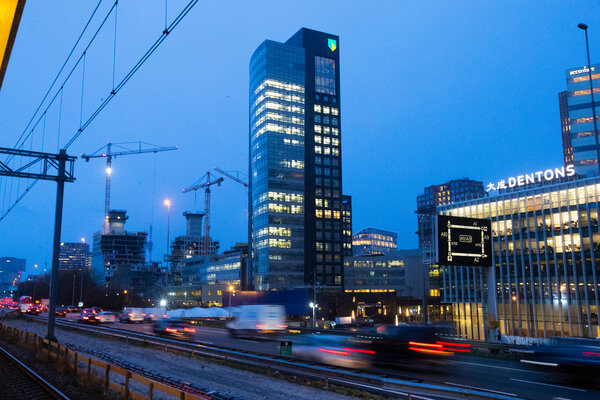 The Dutch bank ABN Amro said Monday that it would pay a $580 million fine to settle money laundering charges, prompting a former ABN manager to resign his new job as chief executive of Danske Bank after acknowledging he was a target in a related criminal investigation.

The resignation of Chris Vogelzang is an embarrassment for Danske Bank, Denmark’s largest bank, which hired him in 2019 to rebuild trust following a money laundering scandal there. Before becoming chief executive of Danske, Mr. Vogelzang had been a member of the management board of ABN Amro responsible for retail and private banking services.

Mr. Vogelzang acknowledged that Dutch authorities considered him a suspect in the investigation that led ABN Amro to agree to pay 480 million euros to settle money laundering charges. In numerous cases, according to a report by Dutch authorities, ABN Amro ignored warning signs that some clients were criminals using it as a conduit for dirty money.

Mr. Vogelzang said in a statement that he was “surprised” to learn that Dutch authorities consider him a suspect. During his time at ABN Amro, he said, “I managed my management responsibilities with integrity and dedication.”

Noting that Danske Bank remains under “intense scrutiny” because of money laundering at its former unit in Estonia, Mr. Vogelzang said he did “not want speculations about my person to get in the way of the continued development of Danske Bank.”

Gerrit Zalm, a member of Danske’s board who was chief executive of ABN Amro from 2009 to 2017, will also resign, the bank said. It did not give a reason.

Danske Bank admitted in 2018 that its headquarters and its Estonian branch, which it has since closed, failed for years to prevent suspected money laundering involving thousands of customers.

In the ABN Amro case, Dutch authorities found that the bank failed to act on obvious signs of illicit activity, including large cash transactions. In several cases, authorities said, the bank continued to serve clients whose criminal activities had been reported by the media, or who had a known history of fraud.

“As a bank we do not merely have a legal, but also a moral duty to do our utmost to protect the financial system against abuse by criminals,” Robert Swaak, the ABN Amro chief executive, said in a statement. “Regretfully, I have to acknowledge that in the past we have been insufficiently successful in properly fulfilling our important role as gatekeeper.”