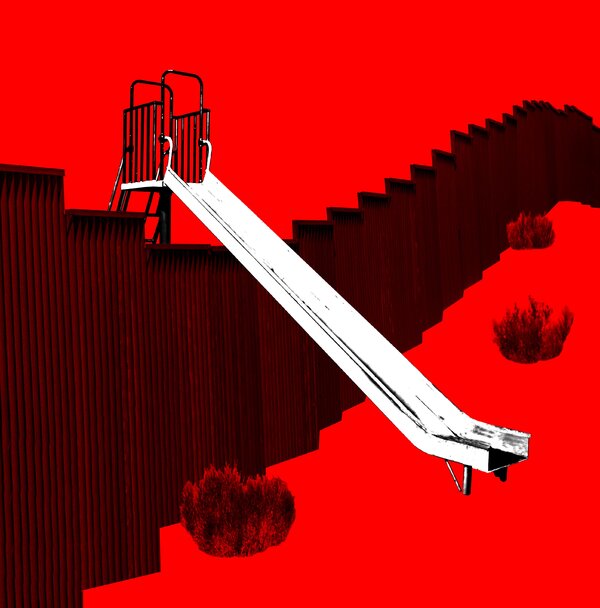 Ms. Dalmia, a visiting fellow at the Mercatus Center at George Mason University, has written extensively about immigration, politics and the rise of populist authoritarianism.

Over the last century, two moments that transformed America and positioned it as the global economic leader were the post-World War II economic boom and the I.T. revolution of the 1990s. In both cases, America tore down many forms of discrimination and other barriers to harness the talents of marginalized groups in the country and to welcome new ones, injecting demographic vitality into the economy.

To continue America’s upward trajectory in the 21st century, the country must reverse its current demographic decline. As the Census Bureau reported last week, in the past decade, the U.S. population grew at the second slowest rate since the government started counting in 1790 — and the slowest since the 1930s.

The most expeditious way out might be if the federal government gave up its monopoly on immigration and allowed states to bring in workers from anywhere in the world, based on their own labor needs, without being held to federal quotas. The growing concern is that the United States is facing a population bust. The U.S. fertility rate, which had bucked Europe’s low-fertility trend during the last century, is now around 1.73 children per woman — roughly on par with that of Denmark and Britain.

Declining population growth because of lower fertility rates by definition means that the ratio of young to old declines — which is not a formula for a dynamic economy or a competitive country. The risk-taking and experimentation of young workers make them the engine of capitalism. They are also more mobile: They can move to places where they will be most productive.

That is what America had in abundance after World War II. The Nobel-prize winning economist Vernon Smith notes that the prewar American labor force was quite immobile. But the returning 16 million World War II veterans, having traveled to foreign lands, weren’t daunted about moving within their own country for jobs.

The domestic shortage of men during the war also broke down barriers that had kept teenagers, women and Black Americans out of the labor force.

Young men like Mr. Smith (who worked at a Boeing factory in Wichita, Kan., from age 16 to 18) entered the work force and gained valuable skills and experience in the postwar economy. At the same time, weakening social norms against working women, even married ones, increased female labor participation by 50 percent between 1940 and 1945. The shortage of men also opened opportunities for Black workers, helping to trigger the second Great Migration from the South.

Some of these barriers shot up again after the war to accommodate the returning veterans. Still, there were gains: After the World War II generation, the baby boom generation, together with its progeny, kept the American work force humming until the 1980s.

The seeds of the 1990s I.T. revolution were planted in the 1960s. That era of civil rights activism dismantled at least many formal barriers preventing robust Black participation in the economy. And it eliminated the 1924 Johnson-Reed Act, which had blocked foreign talent. This law had not only cut immigration rates overall but imposed national-origin quotas expressly designed to maintain America’s Western European ethnic makeup by discouraging immigration from Eastern Europe and Asia. Its end in 1965 resulted in 58.5 million new immigrants over the next 50 years, about 25 million Asian. Many were high-tech professionals from China and India.

Their innovations and entrepreneurship helped power the I.T. revolution that transformed the world. According to a study by the nonpartisan National Foundation for American Policy, more than half of the 91 start-ups that became $1 billion companies had one or more immigrant founders. Likewise, the Partnership for a New American Economy found that immigrants or their children had founded more than 40 percent of the 2010 Fortune 500 companies.

So what’s the cure for America’s dwindling demographic vitality?

A new baby boom generation would be enormously difficult to produce in a world with easy birth control. On average women say they want 2.5 children. But returning America to just a 2.1 replacement level through cash incentives would be “prohibitively costly,” as Lyman Stone of the American Enterprise Institute concluded after examining how these policies fared in European and other countries.

Instead, America might borrow a page from Canada. Its immigration policy is expressly meant to offset its aging population and low birthrates. Canada’s immigration intake is 0.9 percent of its population — or three times America’s per capita rate.

Average processing time for this program is about 18 months. In the United States, by contrast, many low-skilled immigrants on work visas have no pathway to green cards, and highly skilled immigrants on H-1B visas wait years — and in the case of Indian and Chinese, up to half a century.

Although in principle immigrants sponsored by a Canadian province are free to relocate to another province any time, in practice the five-year retention rate for many provinces is upward of 80 percent, according to a 2017 assessment by the Canadian government. That’s because the granular matching between skills and the local labor market ensures employment, which removes the main cause that immigrants usually leave. The program started small, but between 2021 and 2023, about 60 percent of Canada’s total immigrant admissions are expected to be through it.

America should begin its own version of this program but take it one step further and let states set their own limits on foreign workers. This would get federal bureaucrats out of the business of centrally planning the labor market for the whole country. States that understand their own labor markets would do a much better job of finding suitable workers for their businesses.

The states wouldn’t have to hew to the federal high-skilled and low-skilled distinction for visas. Right now, both high-tech and low-tech states are suffering from a tight labor market. States that don’t want or need immigrant workers could opt out of the program. Foreign workers would be free to travel anywhere in the country, but they would be limited to jobs in participating states until they are naturalized. This would be an improvement over the existing system for them, since work visas currently tether them to a single employer, unless they find a new employer to undertake the onerous process of sponsoring them. It would also reassure states that they would have a measure of control over the level of in-migration from other states at least for some time.

States wouldn’t be required to participate, but they would face an inherent incentive to do so because businesses are far more likely to prefer locations where there are suitably skilled, motivated workers. Such a program would render the current broken and dysfunctional federal immigration system beside the point. (Constitutionally, immigration is a federal function, but nothing prevents Washington from voluntarily giving states more latitude to make their own decisions about foreign workers. Other aspects of immigration policy can remain in federal hands.)

Fiscally costly schemes won’t be necessary to attract immigrants. These workers are highly motivated to build their lives in America and will happily pay fees for state sponsorship. They often come to America during their peak productive years after another society has usually borne the cost of raising them, which bestows a one-time fiscal windfall on America. Also, given that immigrant fertility rates may not typically drop to native levels for a generation or two, foreign workers would stabilize the population for longer than would a short-term family-policy approach.

Another benefit of federalizing immigration would be that the restored demographic health and improved economic performance of participating states would make it easier for U.S. citizens to see immigrants as assets and saviors rather than liabilities and threats. America would then have a material — not just an idealistic — interest in redoubling its commitment to its core value of pluralism and tolerance.