After the death of a second Black man, readers call for federal action and suggest ending most traffic stops. 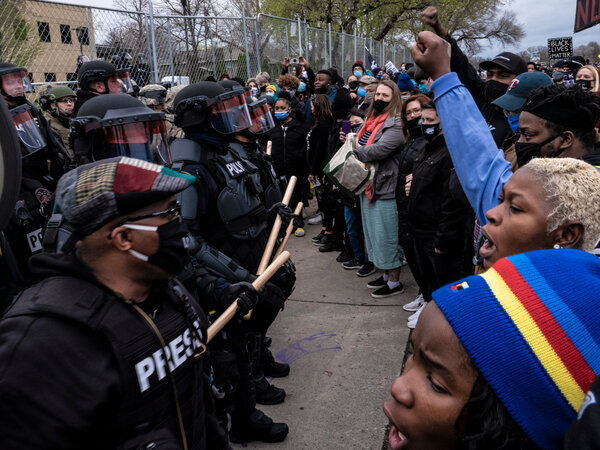 President Biden is right to call for an investigation into the policing crisis. It should be done at the federal level. Whether the crisis is rooted in poor training, poor hiring practices, systemic racism or police paranoia, we, the citizens, have had enough.

None of us are safe. Especially people of color. The police over the last few decades seem to have developed an us-against-the-world mentality, overly aggressive to the point of occasional brutality. The militarization of the police is partly to blame.

Citizens are not the enemy. We should not be treated as if we are in an occupied country. Whether by executive order or rapid emergency legislation, immediate action is required.

Let’s put an end to traffic stops. Traffic stops seem to be one of the most challenging jobs for the police and seemingly the most deadly for Black men. End these stops, unless the police are chasing violent criminals or dangerous driving moves.

With a license plate number there’s a significant chance you can find whomever you’re looking for and send a summons or ticket in the mail.

Stop arresting nonviolent offenders. No one wants his arms yanked behind his back, or being humiliated and barked at; no one wants to go to the police station or jail.

I have never been questioned or arrested, but if the police approached me and started barking orders, didn’t tell me why, and started trying to put handcuffs on me, I’d probably fight back. It’s human nature. What should not be human nature is the repeated murder of unarmed Black men.

I am sickened by the senseless killing of young Black citizens in America. Minor infractions are not so urgent as to warrant a stop, let alone an armed confrontation. Some creative thinking could reimagine the “pull over now” approach that instantly raises adrenaline levels.

Link phone numbers to driver’s licenses so warning texts can be sent on the spot; follow up with summonses if there is no response. Flag a car by GPS and place a lock on the wheels later if the driver fails to cooperate in a timely manner.

Trusting people to respond responsibly when given a fair chance could increase compliance, aid a shift in culture and reduce the frequency of potential conflicts.