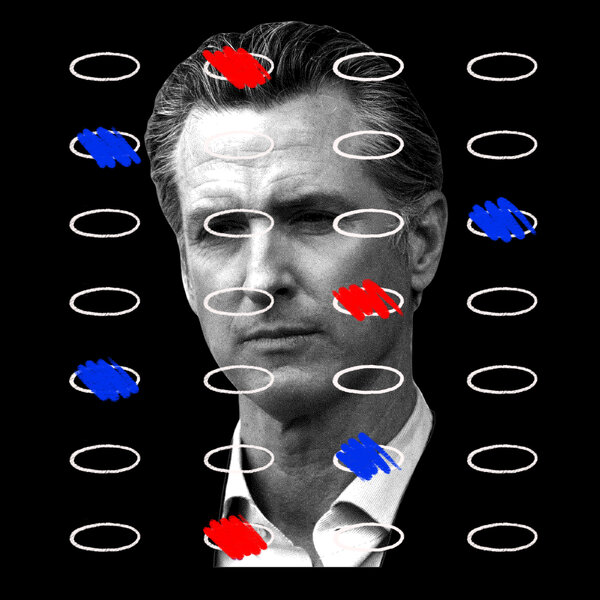 By The Editorial Board

The editorial board is a group of opinion journalists whose views are informed by expertise, research, debate and certain longstanding values. It is separate from the newsroom.

California’s process for recalling its governor is so broken, some Democratic strategists are encouraging a vote for a Republican former San Diego mayor because “he’s not insane.” Millions of mail-in ballots were already cast before the state even released a list of qualified write-in candidates to potentially replace the sitting governor, Gavin Newsom, a Democrat, leaving voters to choose from a list of 46 mostly gadflies and wannabes.

Voters are asked to answer two questions: First, do they want to recall Mr. Newsom, and second, if he is recalled, whom do they want to replace him? The governor can be recalled through a simple majority vote. His replacement needs only a plurality, no matter how small. This means that Mr. Newsom could win the support of 49 percent of voters and still be recalled. A candidate vying to replace him could be elected with half of that support, or even less.

Election rules don’t allow for Mr. Newsom’s name to appear on the ballot, as is the case in a number of other states with recall rules, or for him to serve if he wins as a write-in candidate. That structure may amount to unconstitutional disenfranchisement. Another wrinkle: In order for votes for write-in candidates to count, the person written in must have filed paperwork to qualify. The list of qualified write-in candidates wasn’t made public until last Friday, less than two weeks before polls close on Sept. 14 — but weeks after mail-in ballots were sent out.

Scrapping the century-old recall system altogether would deny California voters an important check on their top elected official. Whatever the result of the Newsom recall effort, however, the process is well past due for an overhaul.

For starters, California’s recalls can happen in off-years, which makes them ripe for manipulation by the minority party. There have been at least 179 recall attempts in California since the measure was adopted by voters in 1911, and every governor since 1960 has faced at least one.