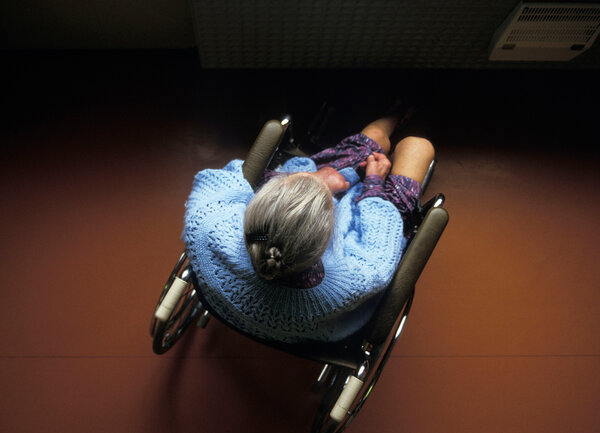 The deeper and more disturbing story underlying possible misdiagnosis and mishandling of medications for nursing home populations is the blame our country must take for the worsening situation of nursing home care.

Deinstitutionalization put thousands into the community who were mentally ill and unable to care for themselves decades ago; they are aging. Increasing numbers of individuals with opioid use disorder join the homeless without resources and recourse in today’s nursing homes. No longer are these institutions inhabited only by the frail elderly, frequently with dementia, though they are still there.

Add Covid, vaccine hesitancy among staff, and the flight of staff from these positions now that mandates are ordered and the situation is more dire than ever. Try caring for these populations given this situation.

We abdicated our responsibility for those in nursing homes long ago when as a society, we chose to pay these tireless workers a wage they can’t live on, saddled them with a high number of individuals to care for, and burdened them with increasingly punitive rules. Nursing assistants, nurses and administrators are leaving in droves, and who can blame them?

Rather than add to the usual “blame the nursing homes” narrative that never goes out of fashion, how about exploring our country’s pitiful role in keeping these institutions so deprived for so long?

Renee Rose Shield
Seekonk, Mass.
The writer is a professor of health services, policy and practice at Brown University School of Public Health and the author of “Uneasy Endings: Daily Life in an American Nursing Home.”

Thank you for your reporting on this serious mistreatment of our nursing home population. I was disappointed, however, to see no mention of the fact that psychiatry as a profession has recognized this issue and directly addressed it in an American Psychiatric Association treatment guideline that was formulated by an expert team that I chaired in 2015-16.

This guideline, based on an exhaustive review of all available data, specifically recommended that antipsychotics be used only in situations of imminent harm to the individual or others, and only after behavioral interventions had failed, or with individuals who clearly met the diagnostic criteria for schizophrenia or other severe psychotic condition. The inappropriate use of this class of medications for behavioral management in situations of short staffing was recognized and censured.

It is important to identify and critique practices such as those described, but it is also important to remind clinicians and caregivers that formal professional standards exist and should be adopted.

Victor I. Reus
San Francisco
The writer, a psychiatrist, is professor emeritus at the University of California, San Francisco School of Medicine.

As a longtime registered nurse and health care journalist, I am appalled by this article, not because of the “false diagnoses,” but for creating a nursing home scandal that isn’t.

Some of these demented patients are agitated, noisy, disturb other patients or become aggressive. Fortunately, sedative medications today allow harried nursing staff to manage patients with such behaviors.

My own recent experience as a patient in a rehab facility testifies to the danger a demented or otherwise disturbed patient can potentially inflict on fellow patients and staff: A patient, enraged for some reason, ran through the corridor and banged with great force on the glass door leading to the terrace next to my room, yelling about the injustice he had supposedly experienced.

Only the strong, compassionate nurse and his assistants were able to talk the man into agreeing to return to his room, where he was promptly sedated, preventing injury to himself or others.

We should be grateful to the doctors, nurses and staff, and especially to the scientists who developed these medications, for preventing mayhem created by patients who suffer from psychiatric experiences during which they endanger themselves and others.

If doctors feel Haldol best serves that purpose, so be it. But please don’t create fear in family members whose loved ones reside in nursing homes. Let’s rather be grateful that there are medications that provide peace and safe care for all patients.

A Modern Civil War, and the South Is Winning

I fear that a modern Confederacy is winning the modern Civil War. How else to explain that it is primarily the Southern states whose leaders, under the guise of “freedom,” ban masks, oppose vaccinations, proclaim domestic terrorists “patriots,” refuse to accept the fact that Donald Trump lost the election, resist gun control and deny the reality of climate change?

And now Texas has all but denied a woman’s right to reproductive freedom. Other Republican-dominated Southern states are expected to follow suit.

This time the issue is not slavery; it’s the risk of losing our constitutional republic. Secession (this time us, not them) is hardly a viable option, but it sure is a temptation.

For a More Confident Child

I beg to disagree, respectfully. All that patient nurturing may create resilience, but it can also create children’s fear of dealing with the world on their own.

What also works is for young people to discover early that they have to learn to cope with hardship. When they find that they can manage, they may develop more confidence than they otherwise would.

Dorothy J. Solinger
Irvine, Calif.
The writer is professor emerita of political science at the University of California, Irvine.