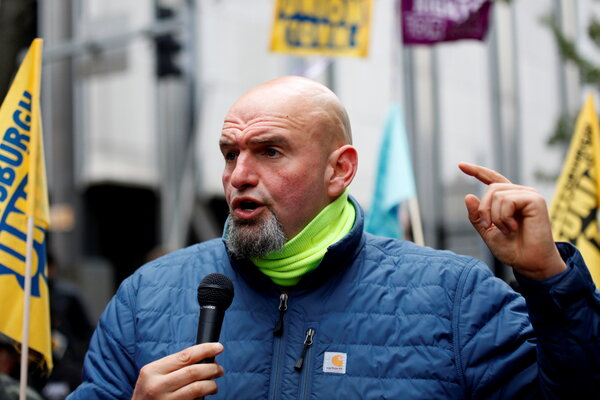 Ms. Cottle is a member of the editorial board.

Election Day 2022 is still many months off, but already the primary season is shaping up to be a lulu. So much at stake. So many electrifying candidates — albeit some less evidently qualified than others. (Dr. Oz? Seriously?) And scads to be learned about the unsettling state of American democracy.

High-profile races in two crucial swing states promise to be especially enlightening, offering a handy guide to the existential issues roiling the parties. The contrast could hardly be starker.

In Pennsylvania, the Democratic fight for a Senate seat features an array of contenders slugging it out over a slew of knotty questions involving policy and ideology, progressivism, populism, centrism and how — or even if — to woo blue-collar whites in deep-purple places.

In Georgia, the Republican battle for governor has been reduced to the singular, defining question looming over the whole party: Does the G.O.P. still have room for leaders who aren’t Trump-addled invertebrates?

The outcomes of these contests will shake the parties well beyond the states in play.

It’s tough to overstate the importance of the Pennsylvania Senate race. With Senator Pat Toomey, a Republican, retiring, the state is considered the Democrats’ best hope for picking up a seat and retaining their whip-thin majority. But there is much debate over what kind of candidate has the best shot at victory.