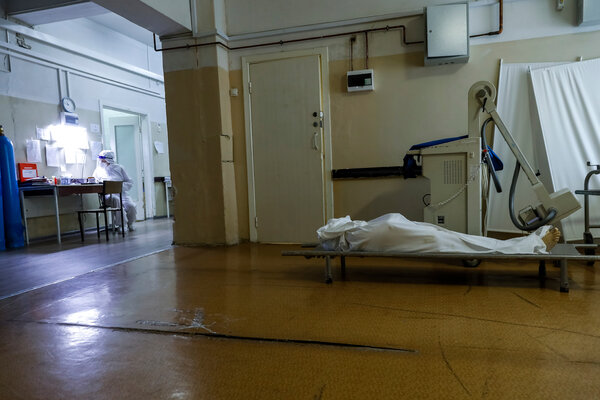 Mr. Kovalev is the investigations editor at Meduza, an independent Russian news outlet.

A deadly virus can’t be ignored, jailed, exiled or co-opted — nor can it be locked down without great economic cost. That puts President Vladimir Putin of Russia in a bind. The pandemic, perhaps his hardiest foe to date, has starkly revealed the limits of his power.

The past several weeks have been especially painful. Daily infections in the country have hovered around 35,000 — while the official figures, probably undercounted, record over a thousand deaths each day. (And that’s before the Omicron variant, newly found in Russia, circulates widely.) The misery is largely due to the low vaccination rate in the country: After a nearly yearlong campaign, only 41 percent of the country’s people are fully vaccinated, a lower number than in Laos or Cape Verde.

The Kremlin has itself to blame. Given Russia’s intellectual, administrative and technological capacities, a successful vaccine rollout should have been possible. Instead, the authorities fatally eroded the public’s trust with conflicting messaging — oscillating between triumphalism and scaremongering — and haphazardly applied containment measures.

The result is a mistrustful, skeptical public — the latest poll from the Levada Center, an independent polling company, puts vaccine hesitancy at 36 percent — and a growing anti-vaccine movement that, headed by previously regime-friendly figures, is stirring up trouble. It’s not clear that Mr. Putin, usually adept at quashing sentiments not to his liking, can do much about it.

The anti-vaccine movement uses lines first delivered by the authorities. In March 2020, a leading Russian physician, Leonid Roshal, claimed that the new coronavirus was no more dangerous than ordinary flu and even demanded prosecution for those who said otherwise. As the true scope of the pandemic became apparent and European capitals went into lockdowns, state media and officials downplayed or ignored reports of disastrous outbreaks in several regions, lauding Moscow’s “openness.”