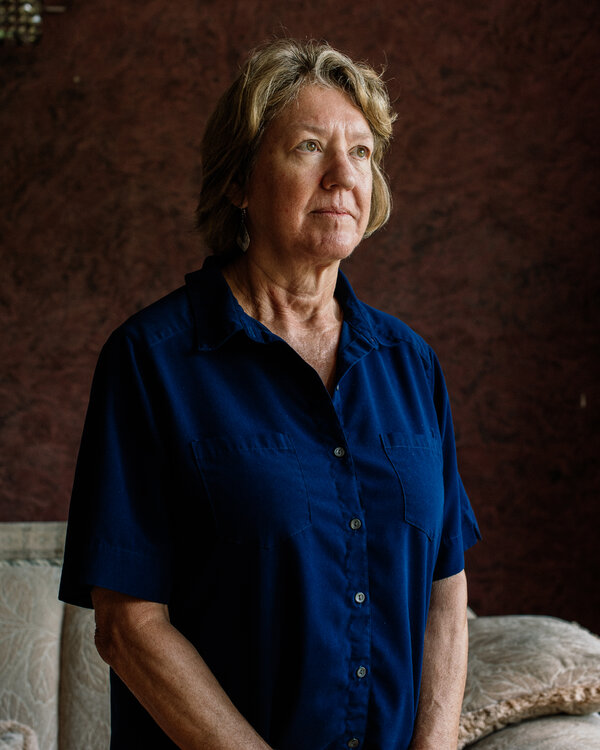 Prine is a New York physician and co-founder of the Miscarriage and Abortion Hotline, which provides support to people using pills to end their pregnancies on their own. She started the hotline during the Trump administration in response to escalating state restrictions. At first, with abortion clinics still operating in every state, there weren’t many calls. Then Texas banned most abortions after six weeks of pregnancy, and more calls started coming in.

After Roe v. Wade was overturned, “it just went through the roof, and it continued to get busier and busier,” said Prine. Now, 60 volunteers keep it staffed 18 hours a day. “Pretty much the phone rings almost nonstop, and we’re getting texts at the same time,” she said.

For those with unwanted pregnancies who live in states with abortion prohibitions, using medication to self-manage an abortion is sometimes the only option. “It’s only a minority of people who can afford the travel,” said Prine. Nonprofits like the Brigid Alliance can help cover expenses, but they can’t ensure people have child care they trust, make their bosses give them time off from work, or explain their absence to unsupportive parents. “So some people are figuring out how to get pills as best as they can,” Prine said.

Doing so can take a frighteningly long time. The Biden administration has authorized telehealth providers to prescribe and ship abortion pills, but online pharmacies won’t mail pills to states where abortion is illegal. Women can rent post office boxes in blue states and then have their mail forwarded, but Prine said that some telehealth providers check their patients’ IP addresses. For people in prohibition states, one of the most reliable sources of mail-order pills is the European organization Aid Access, which Prine works closely with. But because those pills are shipped from India, they can take up to three weeks to arrive, an eternity for someone desperate to end an unwanted pregnancy.

“They’re into the second trimester, not infrequently, when they finally get their pills and when they finally can have two days off from work to use them,” Prine said of the people who call the hotline. Though the F.D.A. authorizes pills for use only up to 10 weeks of pregnancy, in some countries they’re employed much later, and taking them in the second trimester isn’t usually considered medically dangerous. Still, self-managing a late abortion can be harrowing psychologically, especially, said Prine, “if you’re a teenager and nobody’s supposed to know what’s happening to you.”

It’s because of this terror and distress that Prine, along with a few other intrepid doctors, is preparing to start mailing abortion pills across state lines. Before she can get up and running, though, she needs New York to pass a bill ensuring that the state will try to protect her from red state prosecutors and lawsuits.

“If we want to expand access to abortion, we need to think outside the box and try to make some new things happen,” said Prine. “And that’s what this shield law should do: It should let us prescribe into these red states.”

Shield laws for telemedicine abortions are at the cutting edge of pro-choice lawmaking. They’re an attempt, at a time of staggering loss, for supporters of abortion rights to go on the offensive. In anticipation of the fall of Roe v. Wade — a decision that would have turned 50 next week — several blue states, including New York, passed laws protecting abortion providers who care for those traveling from places with abortion bans. Telemedicine shield laws go much further, attempting to protect doctors who break the laws of anti-abortion states by helping the women in them have abortions at home.

Right now, only Massachusetts has such a law, but New York may soon join it; this week, a bill sponsored by State Senator Shelley Mayer was voted out of committee. “We just can’t back away because it’s complicated,” said Mayer. “The doctors are not backing away.”

As Emily Bazelon reported in The New York Times Magazine, some abortion-rights groups initially hesitated to throw their weight behind Mayer’s proposal. The New York Civil Liberties Union worried, among other things, about giving providers a false sense of security, since New York’s ability to protect doctors from legal action by other states is limited, especially once they step outside New York’s borders. But after working with Mayer to refine the bill’s language, the N.Y.C.L.U. has come on board, even though Donna Lieberman, its executive director, said, “It is not the panacea that I wish we could provide for Linda and others.”

Prine knows that, but she’s willing to accept a degree of risk. “I think the PTSD that a lot of people will have from this is going to last a long time,” she said, speaking of some of the women who call her hotline. “And it could all be avoided.” New York lawmakers can help.