There’s always the temptation when working with still life to arrange things so that they look just so. But my search was for the rhythms I could find inside a game of chance. It was about seeing where the photographic language I had developed in two previous books could take me now.

One of those books contained photographs taken in 20 countries. Now, confined to one house, I chose a single kitchen counter and photographed it for a few weeks before the election. What would be possible in such limited conditions? 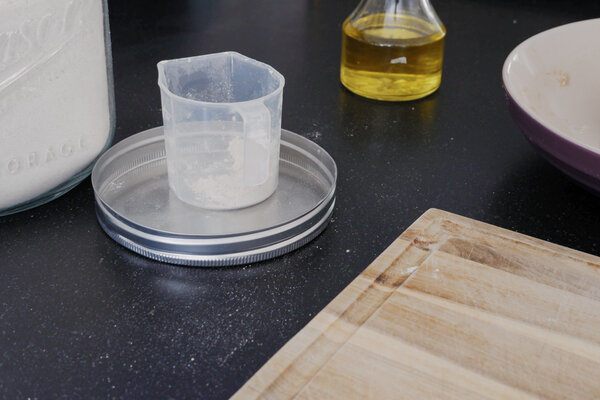 I thought about Paul Strand, who, after a lifetime of travel and extraordinary photographs, began to photograph the garden of his home in Orgeval, France. Over two decades, beginning in 1955, he photographed trees, shrubs, flowers and rocks. Each leaf, each frond, each petal, is as closely attended as the Manhattan street scenes and the Italian village portraits on which his reputation was made.

Those later photographs are quiet, almost grave, and at first glance, they are unexciting. But at second glance? With a careful eye, one sees the patience of the old man. Mr. Strand, like many artists before him, was able to find amplitude in quietness.

The kitchen was a place to direct my focus, a place to sublimate the despair I was feeling about both the pandemic and the 2020 election. The black counter, obdurate, unchanging, was a steadying force. The objects moving around on it represented life ongoing. They were not argumentative or discursive; they were simply there like the kitchen ware in the paintings of Jean-Baptiste-Siméon Chardin and the utensils in the photographs of Jan Groover.

While researching the history of cooking, I found an anonymous handwritten collection of recipes in one of the Harvard libraries. It was listed as having been compiled in 1780 in Boston — while the American Revolution was still being fought, when slavery was still legal in the colonies.

Its recipes were probably used in an elite Cambridge, Mass., milieu. The grandeur of some of the recipes, which called for imported ingredients like coconuts, sugar and oranges, suggested to me that the household from which they emerged was wealthy. Among those mentioned in the cookbook were prominent British loyalists like Col. William Brattle and Col. Henry Vassall — credited with recipes for a currant wine and a coconut pudding, respectively.

Those long-ago meals, those long-ago people: It would all have happened within a few miles of my current home. I put pages of the cookbook side by side with the photographs of my own Cambridge kitchen, and I found myself wondering if the cooking in that 18th-century kitchen had been done by people who were not free. Did those handwritten recipes contain inventions by them, unacknowledged?

I struggled to imagine their lives and wondered if they would have been able to imagine mine at all. But people can always imagine freedom. The poet Phillis Wheatley Peters, who was their contemporary, certainly did. Enslaved by a Boston family, she wrote on a wide variety of subjects and was, in 1773, the first Black American woman to publish a book of her poems.

I stopped photographing on the afternoon of Nov. 3, a few hours before the first polls closed. Now, months later, there’s a new president, and there are vaccines. But the political future remains deeply uncertain, and the pandemic is certainly not over in most places. Old confusions have been succeeded by new ones.

These photos, along with images from the cookbook and a long essay I wrote, became a book. Looking now at the work I made during that period, I am reminded that there is a quality of stillness present even at the stormiest moments. And that this stillness, this inwardness, is part of our survival.

Teju Cole is a novelist, photographer, critic, curator and a former photography critic of The New York Times Magazine. He is currently a professor of the practice of creative writing at Harvard. His latest book is “Golden Apple of the Sun.”