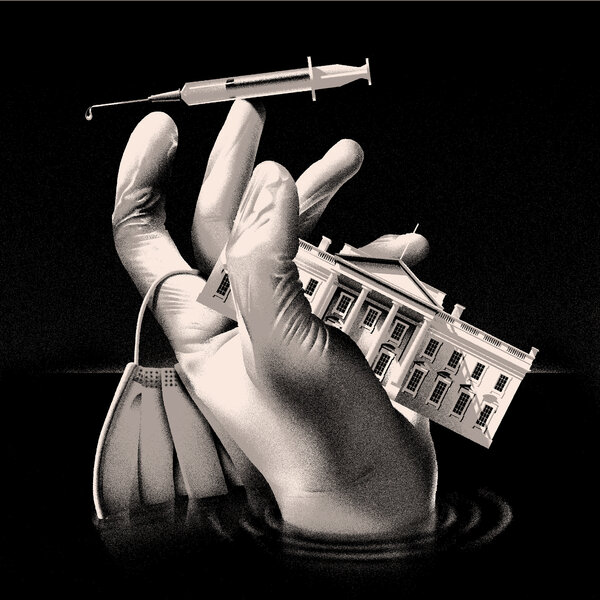 Re “‘A Colossal Failure of Leadership,’” by Nicholas Kristof (column, Oct. 25):

A primary duty of the president is to protect the health and lives of the American people. President Trump, who knew that the virus was deadly, lied to Americans about the risk, and did not institute preventive measures. In contrast, German and Canadian leaders alerted their citizens and took effective action.

If President Trump had done the same, 100,000 more Americans would be alive today. In medical terms, President Trump is guilty of presidential malpractice, and for the sake of the country should not be re-elected.

James Muller
John Pastore
Boston
Dr. Muller was a co-founder and Dr. Pastore was the executive secretary of International Physicians for Prevention of Nuclear War, the winner of the 1985 Nobel Peace Prize.

Migrant Children at the Border

These children are still separated from their parents. In some cases, we do not have records to reunite them. Some children have died while in our custody.

What on earth will it take to outrage the Republicans who continue to support the Trump administration?

A ‘Political’ Lawsuit Against Google

The suit against Google is fundamentally political. The high-tech industry, with its massive wealth, represents a potential threat to the network of high-value donors built by the Koch brothers and other “old economy” titans.

Tech leans left and, unlike the fossil fuel and chemical interests behind the Republican coalition, environmental regulation is not a threat to it. Additionally, as an industry whose workers are paid relatively well, lifting the minimum wage and other workers’ rights issues are not a threat to their profitability.

Should tech organize as effectively as the Koch network has done over the past 50 years, it might be the only industry with the financial might to challenge Republican dark money. Google deserves scrutiny for its alleged anticompetitive practices, but the action by William Barr’s Justice Department may represent the first step in attacking a formidable threat to the clout of the Republican donor network.