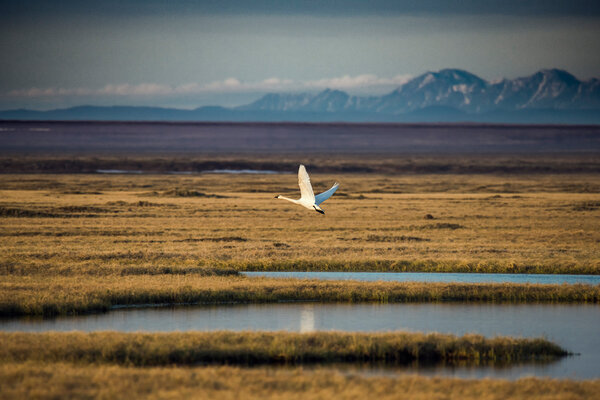 If only the president had the same enthusiasm for working to curb a pandemic as he does for drilling in the Arctic National Wildlife Refuge, we might be in a much better place. He brushed human health aside but has set up an ambitious timetable to sell oil leases in Alaska!

Under his “leadership,” Americans have suffered for months through illness, death and despair. If this Alaskan wildlife refuge becomes an oil field, the region will be adversely affected. Along with more fossil fuels to burn, this pristine area will be ecologically tainted, and the lives of local Indigenous people forever altered.

In a few weeks we will welcome a new president, but the gloom of death and hardship from an insidious pandemic and the environmental damage by an ignorant president will linger.

In her retreat from the Trump administration’s attack on U.S. mileage and carbon emissions standards, the General Motors chief executive, Mary Barra, is moving in the right direction, albeit past the stroke of midnight. But let’s not lose sight of what she is really saying when she embraces a “pathway that will deliver an all-electric future.”

In recent years, G.M. has unabashedly jettisoned conventional passenger cars in its rush to sell trucks and S.U.V.s. Those heavier vehicles accounted for 84 percent of the company’s sales in 2019, a focus that it has no intention of moderating as it shifts toward electric power. The all-electric Hummer, sporting 1,000 horsepower and slated for release in the fall of 2021, will devour electricity just as its precursor guzzled diesel fuel.

For all the justifiable enthusiasm about solar and wind as clean energy resources, the U.S. power sector is still largely reliant on carbon-emitting fuels. Electrifying an automotive fleet that is tilted heavily toward trucks and S.U.V.s may eliminate tailpipe pollution, but it will jack up overall electricity use, making it even harder to achieve the Biden administration’s goal of economywide carbon neutrality by 2050.

Curbing the energy appetite of our automotive fleet is essential, regardless of whether we run our vehicles on conventional fuels or electric power.