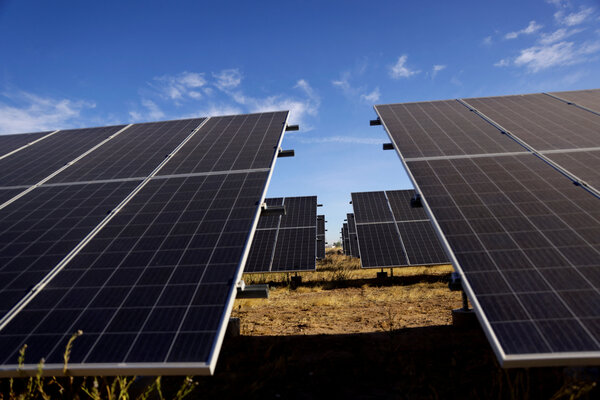 They really did it. The Inflation Reduction Act, which is mainly a climate change bill with a side helping of health reform, passed the Senate on Sunday; by all accounts it will easily pass the House, so it’s about to become law.

This is a very big deal. The act isn’t, by itself, enough to avert climate disaster. But it’s a huge step in the right direction, and sets the stage for more action in the years ahead. It will catalyze progress in green technology; its economic benefits will make passing additional legislation easier; it gives the United States the credibility it needs to lead a global effort to limit greenhouse gas emissions.

There are, of course, cynics eager to denigrate the achievement. Some on the left rushed to dismiss the bill as a giveaway to the fossil fuel industry posing as environmental action. More important, Republicans — who unanimously opposed the legislation — are shouting the usual things they shout: Big spending! Inflation!

But actual experts on energy and the environment are giddy over what has been accomplished, and serious economists aren’t worried about the effect on inflation.

Start with the environmental side. Many people I talk to assume that President Biden’s environmental agenda, as contained in his original Build Back Better proposal, must have been greatly watered down in the legislation we actually got. After all, didn’t Democrats have to make big concessions to win over Senator Joe Manchin? Aren’t there important giveaways to fossil fuel interests, like aid for a controversial natural gas pipeline?

However, energy analysts believe that any adverse climate effect from these concessions will be swamped by the gains from tax credits for clean energy. The REPEAT Project, compiled by Princeton’s ZERO Lab, has produced a side-by-side comparison of emissions cuts under the Inflation Reduction Act and the earlier House version of Build Back Better. By 2035 the I.R.A., they estimate, will have delivered more than 90 percent of the emissions reductions that B.B.B. would have achieved. After all that legislative drama, Biden’s climate policy has emerged essentially intact.

How was this possible? Right at the beginning, the Biden administration decided that its climate policy would be all carrots, no sticks — that it would provide incentives to do the right thing, not penalties for doing the wrong thing. This strategy, it was hoped, would prove politically feasible in a way that, say, a carbon tax wouldn’t. And this hope has been vindicated.

Furthermore, it’s a strategy that seems likely to pay political dividends in the future. One new study, by E. Mark Curtis and Ioana Marinescu, finds that “the growth of renewable energy leads to the creation of relatively high paying jobs, which are more often than not located in areas that stand to lose from a decline in fossil fuel extraction jobs.”

So what did the Biden administration lose? Unfortunately, much of the social spending B.B.B. originally included — child tax credits, universal pre-K and more — was cut. That’s tragic, although enhanced health insurance subsidies — which have helped bring America’s uninsured rate to a record low — have been extended. But Democrats delivered on their climate promises, more or less in full.

What about the critique from the right? Aside from the pathetic attempt to portray the I.R.A. as a big tax hike on the middle class, Republicans like Mitt Romney are trying to lump this legislation in with last year’s American Rescue Plan, which they claim caused inflation to spike.