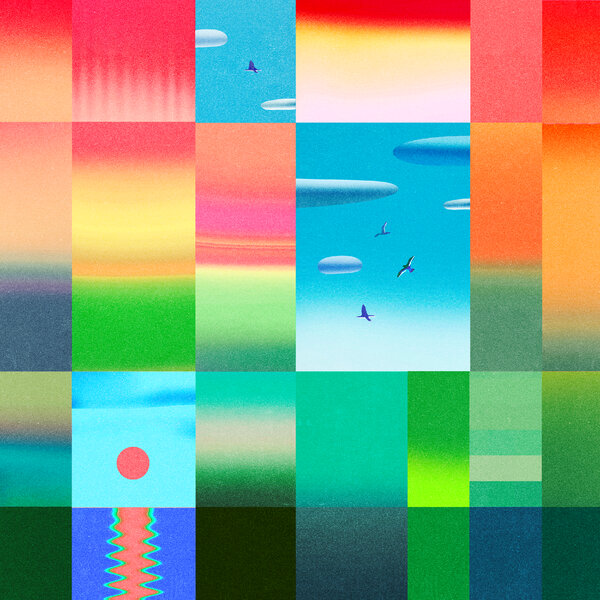 It doesn’t take the end of the world to upend the way billions live in it. The punishing weather we are uneasily learning to call “normal” is doing that already.

Late last month, a heat wave swallowed South Asia, bringing temperatures to more than a billion people — one-fifth of the entire human population — 10 degrees warmer than the one imagined in the opening pages of Kim Stanley Robinson’s celebrated climate novel, “The Ministry for the Future,” where a similar event on the subcontinent quickly kills 20 million. It is now weeks later, and the heat wave is still continuing. Real relief probably won’t come before the monsoons in June.

Mercifully, according to the young science of “heat death,” air moisture is as important as temperature for triggering human mortality, and when thermometers hit 115 degrees Fahrenheit in India and 120 in Pakistan in April, the humidity was quite low. But even so, in parts of India, humidity was still high enough that if the day’s peak moisture had coincided with its peak heat, the combination would have produced “wet-bulb temperatures” — which integrate measures of both into a single figure — already at or past the limit for human survivability. Birds fell dead from the sky.

In Pakistan, the heat melted enough of the Shipsher glacier to produce what’s called a “glacial lake outburst flood,” destroying two power stations and the historic Hassanabad Bridge, on the road to China.

After a brief lull, the temperatures and humidity began to rise again. On May 14, it was 51 degrees Celsius in Jacobabad, a city of almost 200,000, with a “wet-bulb” reading of 33.1 — just below the conventional estimate for the threshold of human survival, which is 35. More recently, scientists have suggested a lower threshold, even for the young and healthy, of just 31 degrees Celsius. Ten weeks in, the heat wave is testing those limits.

But just as remarkable as the intensity and duration of the South Asian heat wave is the fact that it is, already, not much of an anomaly at all.

We want to call events like this “extreme,” but technically we can’t, “because they’re not rare anymore,” Friederike Otto told me, from London, just as the heat wave reached its April peak.

Dr. Otto is a senior lecturer at the Grantham Institute for Climate Change at the Imperial College of London, whose World Weather Attribution group just published a “state of the science” briefing. Among other things, it concluded that climate change has made every single heat wave in the world both more intense and more likely.

She is herself a leading figure in the emerging field of climate attribution, which has grown increasingly central to the messy project of making sense of environmental and ecological disarray. With the impacts of warming growing evermore unmistakable, we no longer ask science only what to expect from further warming, but also how to quantify, categorize, conceptualize and narrativize the climatic anomalies we now encounter, somewhere in the world, almost daily.

A U.N. report published in April suggested that by just 2030 the world would be experiencing more than 500 major disasters each year. And the quickening frequency of what were once called “generational disasters” or “500-year storms” or even “acts of God” disorients us, too, so that it becomes hard to distinguish once-a-decade events from once-a-century ones — our disaster depth of field blurred by climate disruption. “What used to be a very extreme event is now probably not a very extreme event but something that we expect in this warmer climate quite frequently,” Dr. Otto said. “We really are in a quite different world.”

Different worlds, really, since the gaps in climate impacts between the global north and the global south are unconscionably large today, and growing. It should not surprise you to see, over the next year or two, wet-bulb data added to your generic weather app — just as, over the past few years, they have each added air quality data. That innovation can help response and aid precautions when air quality is bad. It has also meant that as I watched the South Asian heat wave unfold on my phone from New York — a string of days in New Delhi with highs above 110 degrees Fahrenheit — I could also track the local pollution. The famously smoggy city never registered an “air quality index” below 300 — a level that is meant to trigger health warnings of emergency conditions.

For a few years, I’ve startled people by pointing out that over half of all of the emissions from the burning of fossil fuels that have ever been produced in the history of humanity have been produced in the past 30 years — since Al Gore published his first book on warming; since the U.N. established its climate-change body, the I.P.C.C.; since the premiere of “Friends.” But it is perhaps even more astonishing to consider just how fast the temperature is rising. As recently as 2015, the 10-year average of global temperatures showed, according to the I.P.C.C., warming of 0.87 degrees Celsius above the preindustrial average. Just five years later, it had jumped to 1.09 — 25 percent higher in half a decade.

When sociologists talk about “shifting baseline syndrome,” they mean we tend to base expectations for the future on our memory of the recent past. But just five years ago, it was exceedingly rare for more than a million acres to burn in a California wildfire season; today the record is 4.3 million acres, and in four of the past five years more than 1.5 million acres burned in the state alone. Over the past decade, extreme heat events have grown 90 times more common, according to one study, compared with a baseline of frequency between 1950 and 1980.

This shift is not just disorienting to lay people. The supercomputer math gets tricky, too, when warming moves so fast that any climate baseline extends for only a few years.

“I think we don’t actually know what this new normal or emerging normal will feel like,” Dr. Otto said, “because the temperature and greenhouse gases have increased so fast, and by so much, over just the last decade that we haven’t really had time to experience what that means. And we are starting to witness events that would not have been possible, and that we could have not really imagined to be possible, without climate change.”