You report that an award-winning professor, Maitland Jones Jr., was fired because 82 of his 350 students signed a petition saying his organic chemistry class was just too hard. The students, the article suggests, had forgotten how to study during the Covid lockdown.

If so, what were they doing, playing video games? Why weren’t they studying Dr. Jones’s textbook? Why weren’t they watching the videos of his lectures that he paid for out of pocket? Why did they show less initiative and resolve than actual prisoners who obtain degrees while behind bars?

Instead of weeding out the students who failed to make the grade, N.Y.U. invoked the increasingly popular American response: If the goal is too hard to reach, move the goal posts.

The article said those who fail organic chemistry might not be admitted to medical school. That’s good news. If I were hospitalized with a possibly fatal illness, would my doctor decide that finding a correct diagnosis was just too hard?

Student frustrations over their performance in the “stumble” or “weed-out” organic chemistry course at N.Y.U. are likely directed at the wrong target. The more significant structural problem is that all students who wish to become physicians are expected to perform well in organic chemistry, a subject that may be unrelated to their interests or the skills that they will require to be effective doctors.

I suspect that if the course were optional, and only students with a passion for organic chemistry enrolled, no controversy would have arisen and Dr. Maitland Jones Jr. would still be teaching.

Jacob M. Appel
New York
The writer is an associate professor of psychiatry and medical education at the Icahn School of Medicine at Mount Sinai.

Regardless of who is to blame for the poor student performance in Prof. Maitland Jones Jr.’s class, firing him is a classic example of administrative overreaction. Administrators appear to have taken the easy way out by firing an untenured, 84-year-old professor.

A key factor is Professor Jones’s observation that about a decade earlier he noticed a loss of focus in students. I noticed the same phenomenon starting about 15 years ago in the university students I taught, long before the deleterious impact of the pandemic on students’ performance.

Overpampering of children by parents and teachers combined with soaring tuition has turned students into entitled customers demanding to be catered to as such. The student-professor interaction has become far more transactional than in previous years, with administrators increasingly inclined to side with their customers.

Students expect their professors to be like either Mister Rogers or Stephen Colbert, and woe to those less entertaining ones who dare to assign poor performers the grades they deserve.

N.Y.U. organic chemistry students petitioned the university against their professor because he was “condescending and demanding” and they were not given grades that would allow them to get into med school.

I went to law school, where the professors were universally condescending and demanding. They made us good lawyers. I hope that if these coddled organics students get into med school they are confronted by condescending and demanding professors who will make them good doctors. If they aren’t, I tremble for the future of health care in this country.

Years from now, if I notice an undergraduate degree from N.Y.U. in a future doctor’s office, I’m walking out.

‘The Judaism of the Future’ 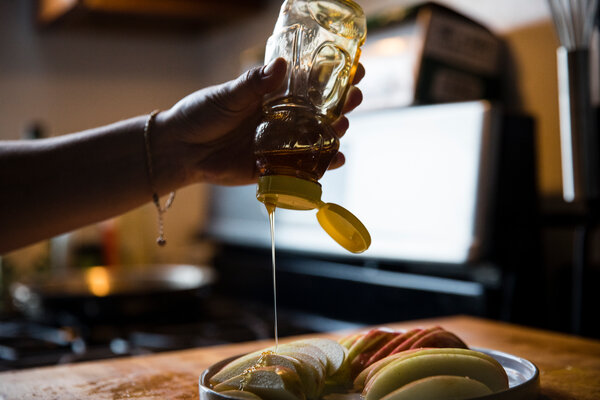 Re “Teaching My Kids How to Be Jewish, One Plate of Apples at a Time,” by Jessica Grose (Opinion, nytimes.com, Oct. 1):

I commend Ms. Grose for speaking candidly about her past disappointments with organized religion and her efforts to make Judaism meaningful for her children. I understand how her experiences would leave her feeling disheartened.

However, there are many members of the clergy who work hard to make Judaism accessible — and relevant — to all kinds of families and individuals. They are creating comforting and supportive Jewish communities. I hope Ms. Grose and others like her stay open to exploring Jewish venues that might provide them with something valuable.

As a rabbi, I facilitated an interactive Rosh Hashana family service last week at a synagogue for hundreds of people. The excitement of grandparents, parents and children was palpable. This intergenerational participation is the Judaism of the future.

I’m grateful to the Jewish leaders who help to foster meaning and connection in our communities, during the High Holy Days and throughout the year.

A Beleaguered Mental Health System, and a Killing

Re “Paramedic’s Daylight Killing Has a Fearful Echo” (front page, Oct. 1), about a killing in which the 34-year-old suspect was described as a mentally troubled loner:

How does this happen — in broad daylight, on a quiet street in Astoria, Queens, or anywhere? Seemingly, out of the blue, a figure “leaps at her from out of the frame” and takes a life — the life of a decorated, beloved paramedic, Lt. Alison Russo-Elling.

It is paramedics who regularly ferry distressed and sometimes psychotic neighbors to emergency rooms as our visibly beleaguered mental health systems collide with an affordable housing crisis.

The families of the mentally ill are much less visible. Many attempt to protect their loved ones by keeping them in their homes lest they join the ranks of the homeless or the incarcerated. Too often their pleas for care are met by complicated legal barriers that create a false dichotomy between the right to treatment and the right to live freely in the community.

Among people with serious mental illness now living in our communities are those who suffer with anosognosia, the lack of insight into being ill. Some will become dangerous.

Many of our laws were written before this was understood. Our laws need changing. For example, expand the dangerousness standard more broadly than “imminently dangerous,” making timely treatment accessible for people likely to deteriorate without it. Assure that the HIPAA law is not used to preclude vital input from family and caregivers.

Johanna Ferman
Richmond, Calif.
The writer, a psychiatrist, is the former deputy commissioner for clinical programs at the New York State Office of Mental Health, 1983-88.

Vladimir Putin has “improved” on the old Soviet principle that “what’s ours is ours, and what’s yours is negotiable,” pushing it to extremes that Leonid Brezhnev himself would have been ashamed of.

Mr. Putin proclaimed that the newly “annexed” territories in Ukraine would be Russian “forever.”

But he had just seemed to defend the principle that people in an area could switch it to another country by means of a referendum. What if they change their minds? Would Mr. Putin allow another referendum? Fat chance!

In politics, people often invoke principles in an unprincipled manner, but not always so blatantly.