MILAN (Reuters) – Italy’s Intesa Sanpaolo (ISP.MI) on Tuesday scored a complete victory in its takeover battle for UBI Banca (UBI.MI), securing the two-thirds majority it needs to absorb the smaller rival and reap the biggest benefits from the deal. 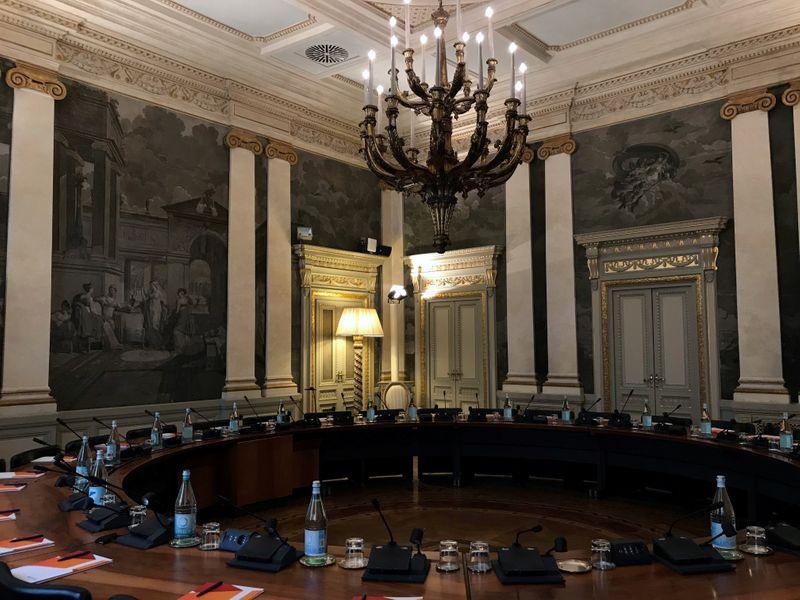 Intesa and UBI have faced off for months in a bitter tit-for-tat over the 4.1 billion euro ($4.8 billion) deal that represents one of Europe’s biggest banking mergers in a decade.

UBI, which had its own merger ambitions as the healthiest among Italy’s second-tier banks, fought against the plan, raising doubts over whether Intesa could reach the targeted 66.67% acceptance.

But bourse data on Tuesday showed take-up reached 72% of UBI’s capital, handing Intesa the majority it needs to be able to delist UBI and merge it into the group.

To win over local UBI investors, many of whom are business owners in the industrial north such as the Beretta family of gunmakers, Intesa was forced to raise its terms by nearly a fifth, adding a 652 million euro cash sweetener to the previously all-paper offer.

The improvement cracked the united front of domestic UBI shareholders who had spurned the offer.

On Tuesday, UBI’s main investor group, with 19% of the bank, swung fully behind the offer, saying Intesa had pledged to cooperate with local businesses who are UBI shareholders.

The deal has broader implications given Italy’s myriad small firms rely mostly on bank lending for their funding. The new group will control around a fifth of the lending market, whereas UniCredit (CRDI.MI), currently Italy’s biggest bank, has a 12% market share.

“Intesa has moved to cement its market leadership and there is no possible alternative combination that could now challenge it,” Marco Troiano, executive director at Scope Ratings, said.

The deal answers regulatory calls for consolidation in Italy’s fragmented banking market and is expected to spur further mergers. To overcome antitrust objections, Intesa pledged to sell 532 branches of the new group to BPER Banca (EMII.MI).

The bid was due to end on Tuesday but market regulator Consob extended it to Thursday to protect shareholders after asking UBI to clarify communications issued in relation to the offer.

UBI, which said it had always acted in accordance with Consob’s requests, had rejected the sweetened bid saying it still failed to reflect the bank’s real value.